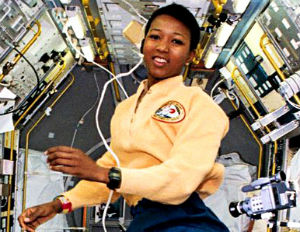 The technology industry is a brazen boys club no more, thanks to the below ladies who have paid their dues and climbed ranks to the top of the tech game. The women featured have not only made strides in their respective technological ventures, but have also broken racial barriers, created opportunities for themselves and others, and raised the bar on what it means to be a “bossâ€ in tech. BlackEnterprise.com celebrates these women below.

To find yourself surrounded by women of power representing various industries, be sure to be in attendance at the 2016 Black Enterprise Women of Power Summit, March 9—12, 2016, at the Hilton Diplomat Resort & Spa in Hollywood, Florida. This year’s summit will hone in on knowing your worth, owning your truth, and embracing your power. You’re invited to engage–register now.

This powerful woman has held several executive positions with numerous companies and is now CEO of MetricStream, a governance, risk management, and compliance company in Palo Alto, California. She began her corporate career at IBM; following graduation from the Wharton School of the University of Pennsylvania, and within a 15 year span climbed the corporate ladder to eventually become the first African American at the company to be sent on assignment internationally. In addition to her current position as CEO of MetricStream, Archambeau also sits on the board of directors for Verizon Communications and Nordstrom Inc.