5 Cool International Travel Spots to Celebrate Power of the Female 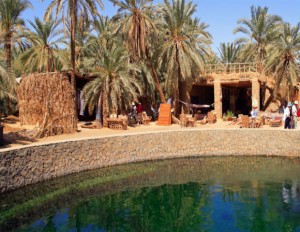 This month, as we celebrate women’s history, you can also incorporate a little fun with all the awareness and empowerment, especially if you’re planning any international travel. The impact of women—from politics to entertainment to fashion—has always been both immense and far-reaching.

Their strides have been etched into the hearts and minds of the generations whose futures they’ve affected and some even have national monuments, exhibits and festivals dedicated to ensuring their legacies are never forgotten. Here are a few spots for you to add to your travel itinerary to celebrate the power and legacy of strong women:

This public park in Jamaica not only houses botanical gardens and tombs and monuments for the nation’s esteemed heroes like Marcus Garvey and Norman Manley, but it also pays tribute to the Nanny of the Maroons, a woman declared a national heroine in 1975. She was an 18th-century leader of the Jamaican Maroons who led rebellions and, according to popular folklore, led slaves to freedom. She was also a pivotal part of cultural and political history of the country both pre- and post-slavery. Due to her efforts, land was given to her descendants called Nanny Town.