Working While Black: Winning Against Microaggression On The Job 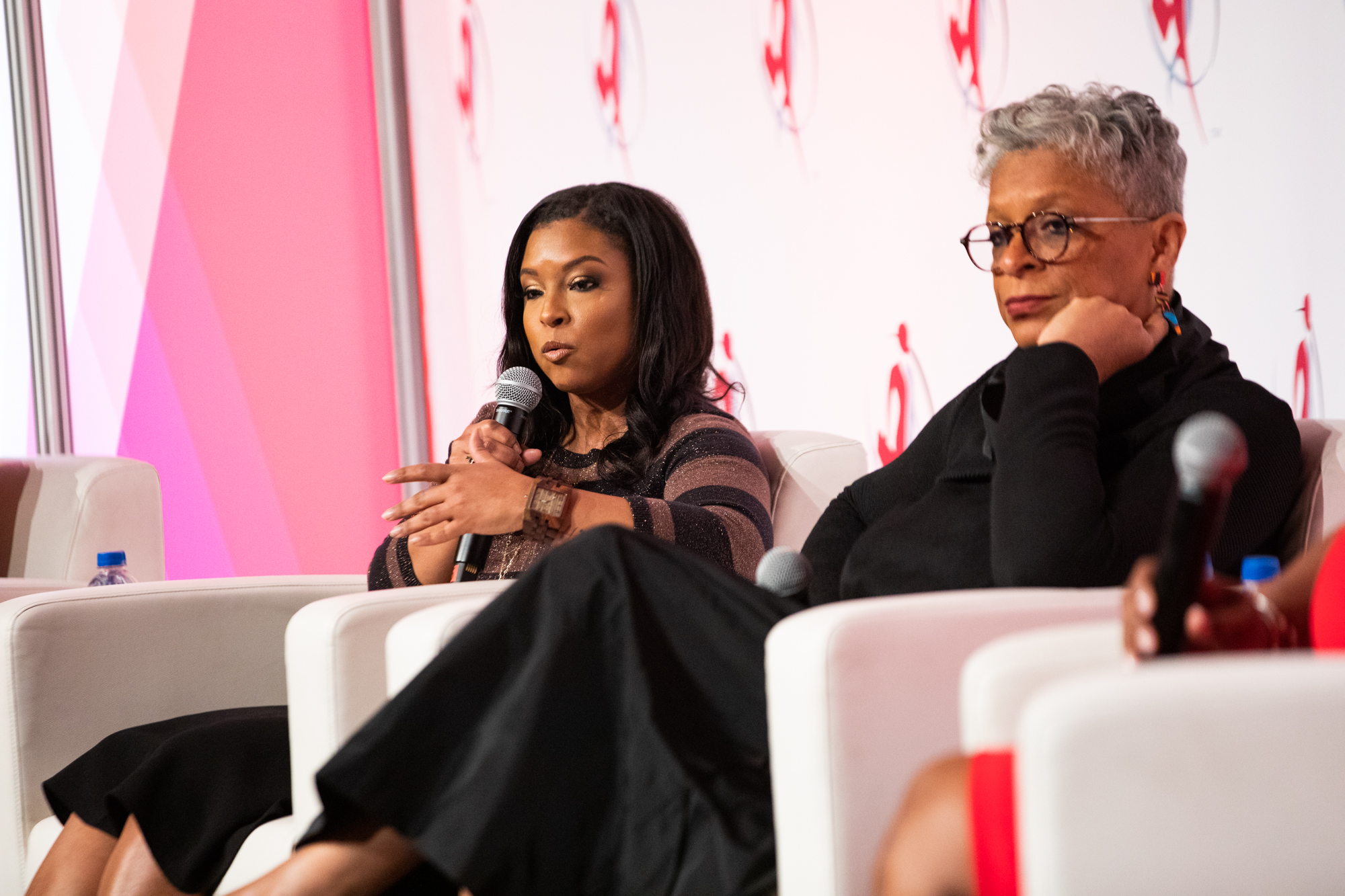 Microaggression, brief and commonplace daily verbal, behavioral, or environmental indignities, whether intentional or unintentional, that communicate hostile, derogatory, or negative prejudicial slights and insults toward any group, are an established occupational hazard for black women executives in corporate America. At the 2020 Women of Power Summit now happening in Las Vegas, a panel of black women professionals provided a game plan for overcoming this potential threat to career success, in a session titled “Working While Black: Overcoming Racial Bias, Microaggressions, and Burnout.”

Challenge acts of microaggression with questions and education

“We have to make sure that we know who we are and walk in that every day… We have to educate in the moment,” says Carter.

That often means having the courage and confidence to ask questions that reflect micro-aggressive behavior back at the offender. Carter shared the experience—as the sole black person in a group of executives on a business trip lined up for first-class seats—of a flight attendant walking directly past her white colleagues to suggest that she might be on the wrong line.

Carter’s response, “What is it that makes you think that would be the case?,” forced the flight attendant to confront the implications of that assumption.

However, Harts stresses that while educating others may be necessary, accountability for changed behavior lies not with the targets of microaggression, but with the offenders. “We have to have courageous conversations, but the other part of this is to encourage our would-be allies to be courageous listeners.”

One way to do that is with some assigned reading, books that will help them to recognize racially offensive and micro-aggressive behavior and its impact. Hart says it’s one of the reasons she wrote her book The Memo: What Women of Color Need to Know to Secure a Seat at the Table; she instructs those who “didn’t know” that their words or actions were offensive to read it. Sims-Williams says she goes beyond just one book; she’s prepared with a book list.

When you can’t think of what to say in the moment, always circle back

Suppose you are so taken aback by an act of microaggression that you don’t know how to respond in the moment?

“Before you do, take the time to decide what to say and how to say it,” she adds. “Write it down, and practice what you are going to say.”

Don’t isolate yourself; seek help from your network

“Sometimes, we don’t do enough to build relationships. Your relationships become sources of help when microaggression and bias happens,” says Sims-Williams.

All three women stressed the importance of having a “crew,” and not limiting its members to just black women. “Not every white person is trying to undermine you, and not every sister wants you to win,” says Carter.

It’s important to get to know others, and to allow others to get to know you, and the value you bring to the company. How do you build relationships with people who are not black women? Ask, says the panel. “Ask for mentoring. Set-up the meetings. Get on their calendars.”

You should work to establish relationships with people throughout your organization and at every level, including your CEO. “Whoever has what you need, you need to know,” says Hart.

Know your worth, know your options and never stop exploring them

Too often, Simms-Williams says, black women stay in unhealthy workplace environments and endure microaggression for longer than necessary, because they are unsure of their ability to do better elsewhere, and making changes often entails more risk for black women than for others. “There are other jobs out there,” she asserts. “Know your worth and don’t be afraid to exercise your options.”

Carter says you should always be exploring your options, even when you are happy with your work environment, and microaggression and bias are not issues. “The moment you have to execute your options is not the time to start looking for your options.”