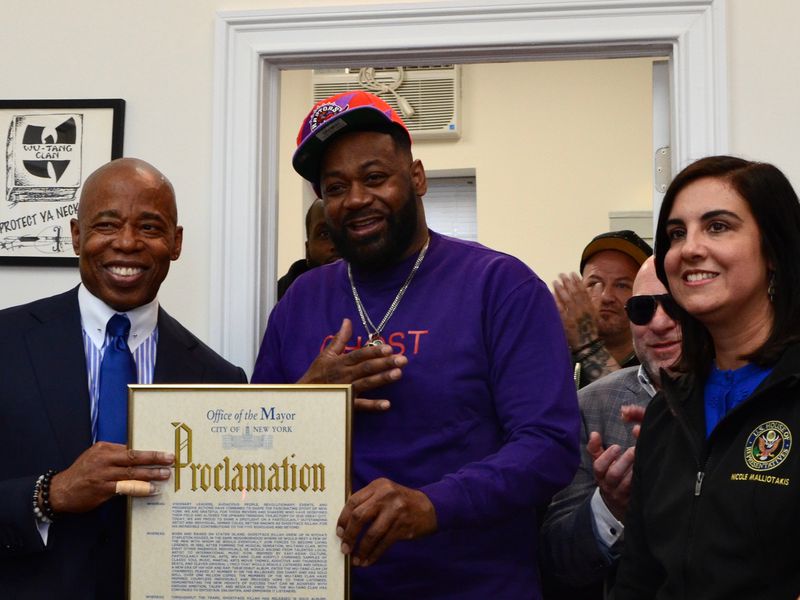 As the legacy of Wu-Tang continues to cross over to new generations and cultures, member Ghostface Killah is adding an official coffee shop to the mix.

On Monday, Ghostface returned to his hometown in Staten Island, New York for the grand opening of the Killah Koffee Shop in West Brighton, SI Live reports. The opening comes after a year of Ghostface, born Dennis Coles, and his business partners Ross Filler and Shawn Wigs exclusively selling their line of artisanal coffee online.

NYC Mayor Eric Adams was present along with Rep. Nicole Malliotakis (R-Staten Island/South Brooklyn) to celebrate the grand opening and thank Ghostface for his contributions to music and to the community of Staten Island.

Adams personally thanked Ghostface for serving as “an institution and an inspiration” for many while holding a loyalty and dedication to the city that made him.

“There’s so many people coming out here seeing a performer, a young person who grew up here who lived in public housing and went to public school, and now is able to have a business out here; just coming back to the community,” Mayor Adams said.

“That’s what it’s all about. So we just want to say, ‘thank you.’ ‘Thank you for reinvesting.”

Gary Perone, the owner of the Staten Island Ferryhawks and executive vice president and general manager of Staten Island Entertainment, attended the ribbon-cutting ceremony and gifted Ghostface with a hat and jersey and announced the naming of Shaolin Alley at the ballpark in honor of Wu-Tang Clan.

Ghostface shared how “grateful and humbled” he was by the love and support.

“I love each and every one of y’all for coming. … God bless,” he said.

For those who can’t make it to the Staten Island flagship, Killah Koffee is available online. The coffee is made with 100% Arabica beans that are considered reminiscent of the smooth, flamboyant style Ghostface has branded himself since the early 90s.