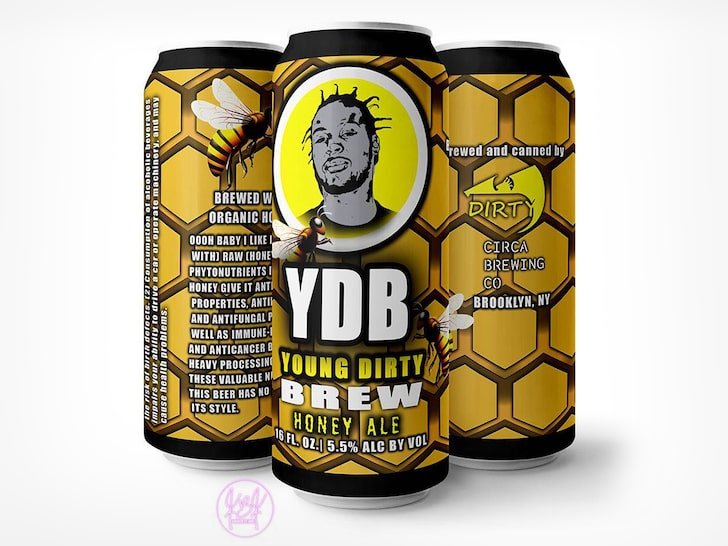 Young Dirty invested $60,000 into the beer company and made a business connection with Circa Brewing. “I had a dream. When I was a baby, I seen my father drink, he was drinking Olde English, 40s. So, about time I got like, I give it 9-years-old, I caught a little Olde English,” he says. “He left it there sitting, I tasted it, I got an idea, I’ma come out with a drink, Young Dirty Brew. And that’s how it all happened, right in Brooklyn, the heart of Brooklyn,” he told TMZ.

It took about six months to perfect the ale and it was done with the help of his business partners, Divine Everlasting and Logan Feldman. Young Dirty Brew is slated to officially launch on New Year’s Eve in select New York bars and liquor stores and will be available for purchase online.

He’s also released music regularly since 2011, and just recently released a single called “Bar Sun” on Nov. 16, on what would have been Ol’ Dirty Bastard’s 51st birthday.

Ol’ Dirty Bastard was one of the founding members of the Wu-Tang Clan, a rap group from Staten Island, New York, who rose to mainstream prominence with its 1993 debut album Enter the Wu-Tang (36 Chambers). His career was cut short when he died on Nov. 13, 2004, of a drug overdose, two days before his 36th birthday. His stage name was a combination from the 1980 martial arts film Ol’ Dirty and the Bastard.