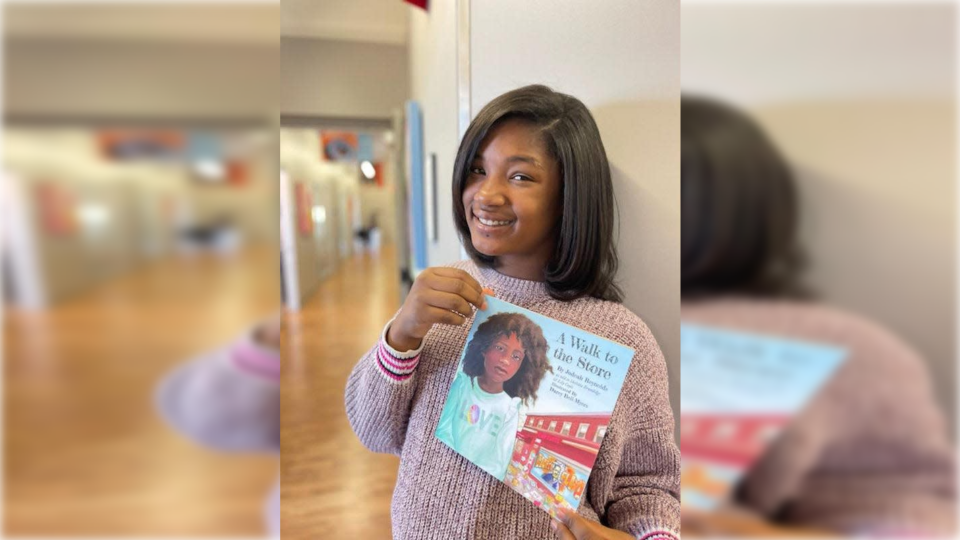 Judeah Reynolds was the youngest witness to the murder of George Floyd in 2020. Now, nearly three years later, she’s celebrated what would’ve been Floyd’s 49th birthday with healing, courage, and a story of her own to tell.

On Friday, the 11-year-old sixth-grader released her first children’s book, “A Walk to the Store,” to share her perspective about that traumatic Memorial Day, CNN reported. She was only nine years old when she witnessed former Minneapolis Police Officer, Derek Chauvin, hold his knee to Floyd’s neck.

Reynolds and her 17-year-old cousin, Darnella Frazier, were walking to the store to buy candy when Frazier recorded footage of the horrifying events that would later help convict Chauvin. Reynolds was also the youngest witness to have had to relive the trauma during her witness testimony at his trial.

“I was sad and kind of mad cause I felt like he was stopping him from breathing,” Reynolds said during the trial, according to ABC News.

In “A Walk to the Store,” Reynolds documents the trauma she experienced, including the bad dreams that consumed her at night and the constant crying. She’s moving forward with intention, thanks to the help of her family and being able to talk about it.

“Me and my family left Minneapolis because the tragedy was too much for my little daughter to bear. She didn’t want to go to school, she was scared of police and stuff,” Judeah’s father, Ronnie Reynolds said, per MPR News.

With illustrations by Darcy Bell-Myers, the book also acts as a resource for children to transform their trauma into triumph. Readers can get access to worksheets with exercises provided by Aruba Emotional Health Services to help children process a traumatic event, according to the book’s website.

“I’m too little to walk alone to the store,” Reynolds’ story reads in part.

“But I’m big enough and brave enough to make things better in a very big way.”

Reynolds’ story was told to picture-book author Sheletta Brundidge and Lily Coyle, owner of Beaver’s Pond Press, the publishing company behind Reynolds’ book. It was inspired by a book by Brundidge’s daughter, “Cameron Goes to School,” per CNN.

“I didn’t want to relive that trauma for Judeah,” Brundidge said.

“George Floyd died but the world moved. We moved in the right direction with racial equity and breaking down barriers and systemic things that have been in place for generations. We all moved. I didn’t want her stuck in that spot.”