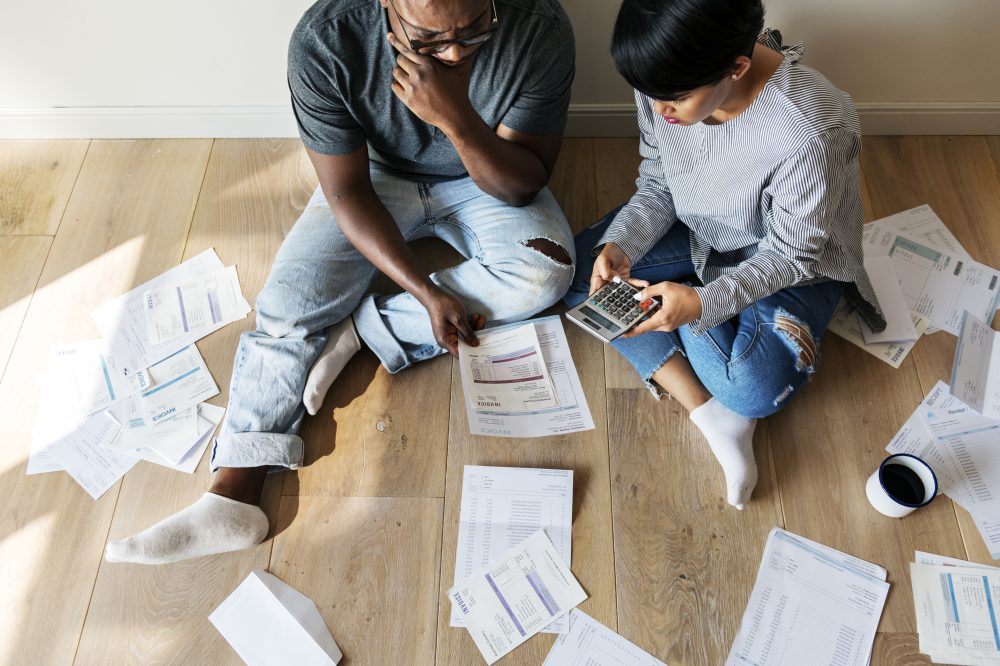 Embarking upon the second half of 2018, now is an ideal time to review your personal finances. Perhaps it’s been a while since you checked your goals from the beginning of the year on investing prudently, socking more money away, or eliminating debt. Still, it’s not too late to reinvigorate your financial portfolio before 2019 arrives.

There are many forces to navigate while trying to manage your money in today’s business climate. For instance, the U.S. economy has performed strongly in recent months. Many economists predict that the gross domestic product will rise about 3% in 2018, the highest in about 13 years. Some credit President Donald Trump’s $1.5 trillion tax reform law as a contributing factor, claiming the growth is helping boost areas like corporate and consumer spending.

Yet others argue corporations are using the tax cuts to largely repurchase their own shares. Stock buybacks are expected to reach $1 trillion this year, The New York Times reported. While that activity perhaps boosts companies’ market value and contributes to overall stock market growth, there is a concern it’s not making workers with little or no stock holdings wealthier.

Some prominent leaders also fear a growing red flag: The Trump-led U.S. trade war with other countries. In early August, Trump ordered his administration to look at raising proposed tariffs on $200 billion worth of Chinese goods to 25% from 10%, according to a New York Times report. A prolonged trade battle could eventually hurt the U.S. and worldwide economy, particularly if other countries like China, Turkey, and Canada keep retaliating with their own tariffs on American goods.

The good news for investors is the U.S. stock market is nearing a huge turnaround as this year marks the 10th anniversary of the financial crisis of 2008. The meltdown battered the economy, depressed stock prices, and nearly crumpled the financial system. Yet the current bull market is positioned to set a new all-time record for longevity before August ends, according to Investopedia. This performance after cataclysmic times demonstrates that it would be unwise to totally abandon the stock market due to volatility, which has been the norm for quite some time. African Americans—a group that Black Enterprise has revealed through the years of interviews and research, tends to retreat during times of market volatility—should take heed. According to Pew Research, the wealth gap widened between black households and white households since 2008, largely due to meager financial assets like stocks.

Another area to watch: Moves by the Federal Reserve. The central bank has raised short-term interest rates twice in 2018 and plans to make two more increases by year’s end. The hikes mean people pay more on credit cards and adjustable-rate mortgages and other debt. Simultaneously, consumer debt for Americans could hit a record $4 trillion by late 2018, online loan platform LendingTree reports.

The bottom line is you must be consistently diligent to achieve your financial goals. Black Enterprise talked to leading financial experts to get the insights you need to help give your finances that mid-year lift.

One big question individual investors continue to ask: How should I invest in a volatile market recently impacted by such events as the Trump trade wars and Facebook’s data-privacy controversy?

Given the length of this economic expansion and the bull market, the consideration of “where we are in the cycle” has to be factored into one’s investment portfolio, says Wendell Mackey, founder, co-CEO, and chief investment officer at Channing Capital Management (No. 9 on the BE Asset Managers list, with $3.05 billion in assets under management). The Chicago-based firm specializes in managing assets for institutional investors, including endowments, foundations, and pension funds.

Mackey says the trade wars and government scrutiny over Facebook policies have created uncertainty that will be resolved over time. He added the current mispricing of select equities is creating both intermediate and long-term opportunities for investment areas left behind in the growth-led rally.

He recommends investors have a portfolio focused largely on U.S. companies, favoring industrial-oriented areas that will keep benefitting from the nation’s strong economy. Mackey favors financials—particularly smaller regional banks—in which consolidation has been a continuing trend. He also likes energy, materials, industrial, and consumer goods companies that are reasonably priced with the potential to realize gains. Though Mackey’s firm respects the business models of the tech-driven FAANG companies, he says those companies have had a long run and may have trouble keeping up their torrid pace of growth.

“If one has FAANG exposure in their portfolio, we advise they broaden out their investment into other companies or areas that offer value.”

For investors with durability, Mackey suggests the emerging markets as an asset class to consider. “As the trade wars get resolved, and companies adjust (as they always do over time), we think emerging markets offer value to long-term investors.”

With retirement, people who set financial goals are seven and a half times more likely to be confident about retirement. And they save at a rate that is twice as high as those who do not have a goal, according to the Lincoln Retirement Power Participant Study. Participants who are saving less than they think they need say that they “can’t afford to save more” and “have other financial goals that are more important.” 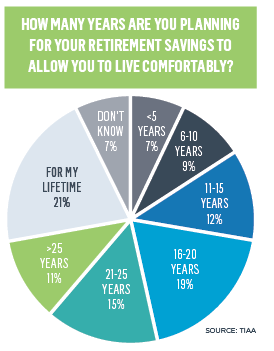 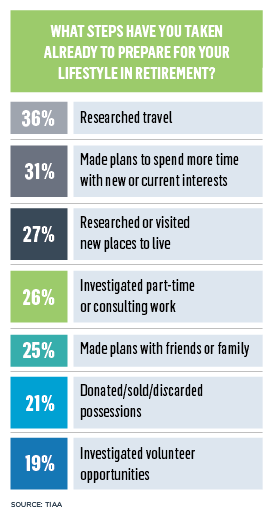 While debt is also a factor, other financial goals like saving for a vacation or an emergency fund are also putting pressure on retirement savings and fighting for consumers’ share of wallet, says Jamie Ohl, president of Retirement Plan Services for Lincoln Financial Group. Setting other financial objectives, like paying off debt, can also be a plus for retirement savings. The median retirement savings rate among people who have set a goal for how much debt they want to pay off this year is 10%, as opposed to 7% for those with no goal.

The higher standard deduction may mean the end of itemizing deductions for charitable deductions, home mortgage interest, and more for many individuals. Plus, interest on home equity loans is eliminated along with unreimbursed employee business expenses.

Given these massive changes, Hoskins says it’s important to determine before year-end whether you will likely itemize or take the standard deduction as this will have a major impact on any tax planning decisions. Under either circumstance, making the maximum contribution to employer-sponsored retirement accounts or other plans is still a great way to lower your tax liability.

Other areas that may lower tax liability: the child tax credit doubled from $1,000 to $2,000, and if you care for a dependent who is not a child a $500 credit has been added. “The new tax law is anything but simplification,” Hoskins says, “and everyone will be impacted one way or another.”

She suggests paying regularly as much as possible and consider consolidating debt. Be sure your consolidation loan is still classified as a student loan as you can often deduct the interest on those loans. Don’t transfer the debt to a credit card. That debt is not deductible, and an enticing credit card that charges 0% interest could boost that to, say, 19% interest after a year.

Eweka also offers four steps to erase credit card usage. Use a debit card instead. Consider other borrowing options. You may qualify for a student loan with more favorable terms and the repayments are tax deductible. Make sacrifices and look at what expenses you can cut. Have a strategy to conquer debt. Make minimum payments on everything and use excess cash flow to pay extra on the credit card with the highest interest rate.

As for budgeting, now is a good time to boost your savings if you are not doing that already. Have at least six months’ to one year’s worth of expenses in an emergency account. You should be doing that now and marching into next year. Make eliminating credit card, student loan, and car notes debt a top priority.