Black Women Are Change Agents in 2018 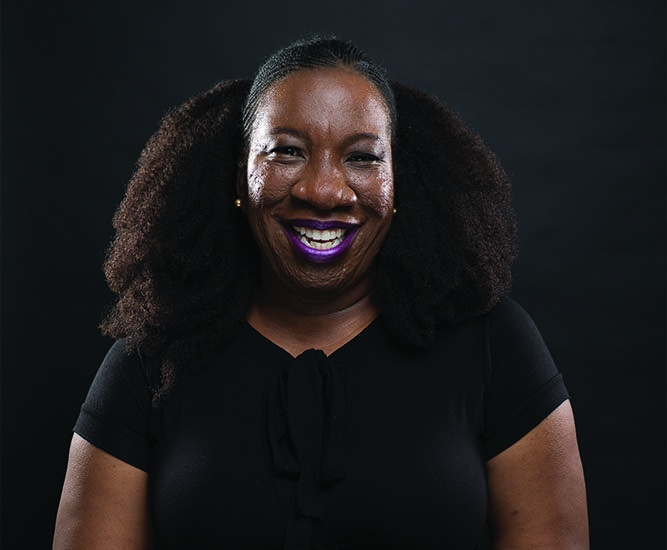 Much has been written about 2018 being the year of the woman. Excuse us if we don’t get too excited. The extraordinary accomplishments of black women aren’t new. We didn’t arrive on the scene just now, and in 2019 we’re not going to fade back into the woodwork. To paraphrase Shonda Rhimes, the most powerful showrunner in Hollywood and the queen of Thursday night TV, we’re not a trend.

What we are is truth tellers, change agents, and troublemakers—in the best way. We’re agitating. And advocating. Standing on the shoulders of a long line of resourceful and resilient black women. And preparing the next generation to take on the mantle with their own kind of activism. In this issue, we’re celebrating just a few of the many women making a difference.

There are, of course, some big names who are without a doubt changing the world. You cannot speak of black women who are change-makers in this country without Oprah Winfrey, whose contributions are too numerous to count but whose recent Times Up speech at the Golden Globes got the whole country talking and launched a million wishes for a presidential run. Our forever FLOTUS, Michelle Obama, is still using her influence to promote other black women, as she did recently with the selection of artist Amy Sherald to capture her likeness for the National Portrait Gallery. There’s DJ Beverly Bond, who’s gathered up the sprinkles of Black Girl Magic to show the world how much black girls do indeed rock. And even though she’ll technically be a duchess after she marries into the British royal family, Meghan Markle is real-life princess goals for little black girls across the country (and, across the pond, is quietly continuing her life of philanthropy).

But there are also countless women beyond the headlines doing the work every day without any of the fanfare. Our cover subject Tarana Burke is a perfect example. A grassroots activist, she’s spent the last decade helping survivors of sexual assault, starting with young girls, in what she herself calls “almost in secret,” until the #MeToo hashtag catapulted her into an almost instantaneous spotlight last fall.

“We’ve never as a community talked about organizing around this as an issue. We didn’t think about it as a social justice issue. But what I saw is that this trauma that the girls were holding on to was affecting their lives in various ways,” Burke says.

Despite her initial panic when the hashtag went viral, that social media wasn’t really the safest place for survivors to tell their stories, or that her life’s work would be co-opted in the wake of Harvey Weinstein, Burke made the decision to be in service, instead of in conflict.

“There was a child in my life who I failed to say ‘me too’ to when she needed it. And that stayed with me for a very long time. I don’t have the experience. I’m not a social worker. I’m not a counselor. But what I am is a survivor and I have at least the knowledge of what I would have needed when I was that age.”

Purpose is a common denominator across the black women on our list. Like Burke, so many of them saw what was lacking in their communities or vowed to give black girls the precious resources that would have made a difference for them growing up and stepped up to fill the void.

“When we started, a lot of folks didn’t understand why there was a need for an organization like Black Girls Code,” says Kimberly Bryant, our other cover subject and the organization’s founder and CEO. “We feel so strongly that when you’re a black girl who is smart and who is not just athletic or you’re not just artistic, but your strength is in your mind, that’s something that often gets overlooked.”

Sisterhood is another tie that binds. “When girls come into our space, it’s often that they’re not just coming to learn how to build an app, they’re coming for the power of the sisterhood,” Bryant continues. “Women, we have certain abilities to really connect with each other in a very powerful way.”

Undivided is not just the theme of our Women of Power Summit this year; it’s the everyday mode of operation for these women—many of whom are multiplying their impact in friendship or in partnership with one another. They leave no doubt that there’s room for all of us, or that as change is happening there will be no sister left behind.