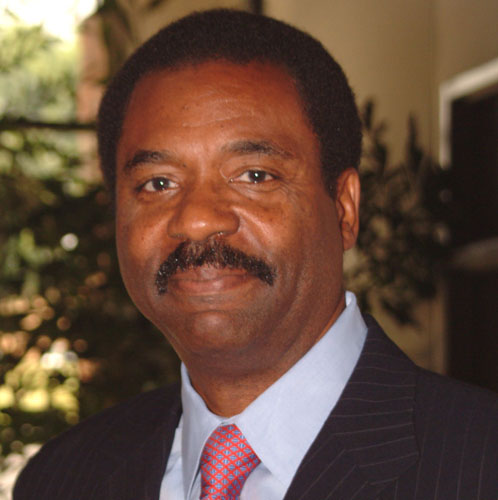 World Wide Technology; one of the most successful black businesses for the past decade

The growth came after WWT drew near to topping the $10 billion level with revenues of $9.3 billion in 2016, making it No. 1 on the 2017 BE 100s Industrial/Services Companies list. WWT, the biggest company on the BE 100s for the past decade, was founded in 1990 by its chairman David Steward. To put the company’s meteoric rise in perspective, it had 4,600 employees last year. In contrast, the company in 2007 posted revenues of $3.3 billion with 1,205 employees.

Further, World Wide Technology Inc. recently moved into its new global headquarters in Maryland Heights’ Westport Plaza, a $95-million joint redevelopment project WWT is involved with. The seven-story facility spans 208,000 square feet. It has a 300-seat auditorium with a 51-foot by 12-foot LED screen, one of the largest in North America.

WWT offers hardware and software products and services to large public and private customers globally in various sectors. WWT was No. 30 on a recent Forbes ranking of America’s largest private companies. The comnpany has partnerships with 3,000 manufacturers worldwide and is one of the nation’s top Cisco Systems partners. WWT has steadily grown by providing e-business solutions, ERP and Java expertise, document management and conversion services, and systems networking to both commercial and government entities.

Steward and his team used acquisitions to grow and become one of the largest businesses in the St. Louis area. One deal came in 2015 when WWT acquired Asynchrony, a local company that offers software and mobile app development services, The St. Louis Post-Dispatch reports.

The client mix has evolved since it started 28 years ago, shifting from being just a government contractor to serving businesses. World Wide Technology CEO James Kavanaugh told The St. Louis Post-Dispatch three years ago that the government accounts for 15% of WWT’s business.

He says the largest portion of business comes from large Fortune 500 commercial customers. Kavanaugh added that the second largest amount comes from telecommunications and service providers.

Steward started WWT after working for the Missouri Pacific Railroad Company and as an account executive with Federal Express. He credits much of the firm’s early success to the U.S. Small Business Administration. WWT became certified in 1992 to participate in the SBA 8(a) program. Its revenues grew to $400 million  by the time the firm graduated from the 8(a) program in 1999. “The SBA helped us in that transition to grow the business and taught us how to compete as a large business,” Steward told Black Enterprise.

But like other new ventures, WWT struggled at the beginning. Though he never missed paying employees, Steward often could not pay himself. WWT’s debt reached $3.5 million, and in 1993 a collection company repossessed Steward’s car in the company’s parking lot. Steward persevered because of his belief “that what we were doing for our employees and customers was meaningful. I had faith that our company was capable of providing exceptional value.” Steward talked about it in his book, Doing Business by the Good Book: Fifty-Two Lessons on Success from the Bible.

The steadfastness has paid off. Steward is among America’s richest black businessmen, with a net worth of $3.9 billion, reports the Bloomberg Billionaires Index. Steward attributes hard work and Biblical principles. “When God is on your side, miracles happen,” he wrote in the book.