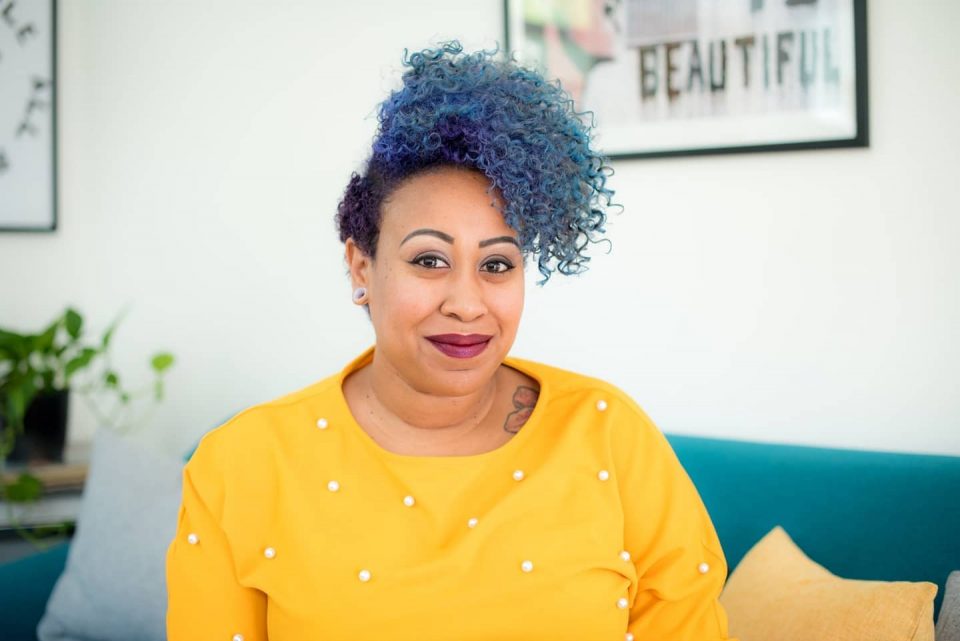 Krystle Rodriguez admits she was truly ignorant to all that is business until she opened one.

A person who prefers to try and fail than to not try at all, Rodriguez took the plunge when she launched Hodgepodge Coffeehouse in Atlanta.

Though some believe an M.B.A. is needed to run a business, Rodriguez took another path. She leveraged a sociology degree and work in the nonprofit space to birth a business she did not see created yet. She found a niche by catering to a diverse mix of patrons, using word of mouth referrals to attract and retain business, and giving back to the community unselfishly.

Hodgepodge offers craft coffee and scratch-baked goods. It supports Atlanta’s art world by providing gallery space and a consignment program for local merchants. “We say that coffee and food are our bread and butter, but the community is our heart and soul,” Rodriguez says.

That business model has been a winner in metro Atlanta and its neighborhoods. Since opening in 2012, Hodgepodge has grown robustly. Its first store opened in Ormewood Park and a second in Reynoldstown near downtown. A third store is planned to open this spring in Decatur. A fourth site will debut later this year or early 2022 in Summerhill. That location will be part of a major construction project at Georgia State University, Rodriguez’ alma mater.

Hodgepodge is led today by Rodriguez as majority owner and managing partner. Her retired mother, Mauvelette McNeil, is co-owner. It astonishingly posted 2020 revenue of $986,000 amid the COVID-19 pandemic and the closure of the dining areas in both locations since March. That growth is incredible given Hodgepodge had revenue of only around $125,000 its first year.

After buying out one other partner about four years ago, Rodriguez freely begin making changes she felt necessary. That pivot allowed her to focus on her firm’s mission, vision, and values. “It was important to me that we had those clearly defined and a team who believed in them,” she says. “I also created systems for quality control and efficiency. Once those were all in place, we really took off.”

A millennial entrepreneur, Rodriguez attributes Hodgepodge’s revenue growth largely to being responsive to customers’ needs. See says her shop differs from rivals in Atlanta in that coffee is a micro luxury, and there has been an atmosphere of exclusivity around the craft coffee culture.

She says Hodgepodge really reflects the neighborhoods it operates in. It attracts a mix of young families, college students, gig workers, retirees, and professionals. Its customer segments break down about 50/50 between Blacks and whites and the same for genders.

Rodriguez is proud that Hodgepodge has been voted one of the city’s most family-friendly coffee shops, most LGBTQIA+ friendly, and one of Atlanta’s best shops overall. “We’re able to be a lot of things to a lot of people because we allow people to simply be themselves in our space.”

But the quest has not been easy. The original three owners—Rodriguez and two other women—opened the business with $40,000. They each invested $10,000 and used a credit card with a $10,000 limit. Rodriguez says the funding was “insane” when today she considers the costs of construction, equipment, and other working capital. The firm was denied an equipment loan from the SBA, which Rodriquez explains was likely due to being a brand-new business with an unproven concept. Hodgepodge endured and has used funding from private investors to finance its expansion with an option to buy back shares as it grows and becomes more profitable.

And like many small business, especially Black-owned firms, some of Hodgepodge’s largest obstacles are COVID related. The business still hasn’t re-opened its dining rooms and is experiencing a 15% sales drop from 2019. Rodriguez is trying to offset the sales decline by boosting online ordering for carryout and delivery. She is confident she can overcome the challenges by walking through them.

Now Hodgepodge, which celebrated its ninth anniversary this month, has bold strategic post-pandemic growth plans. This year, Rodriguez aims to expand by offering new products. The company hopes to begin roasting its own coffee for its locations, sell the coffee retail, and to pick-up wholesale accounts.

Hodgepodge also aims to sell baked goods wholesale to other coffee shops this year. All told, Rodriguez projects Hodgepodge’s revenue to reach $2.5 million in the next five years.  She expects the gain to mainly occur once all four stores are operating with opening dining when COVID ends.

Another venture that Rodriguez owns and operates is Leaven. A collaborative kitchen, Leaven allows minority entrepreneurs and other business owners to share space to make their food products.

But Leaven is just one example of the community benefit Rodriguez and Hodgepodge provide. For instance, Hodgepodge now hosts a mutual aid fridge via the Free99fridge project that helps battle food insecurity in some of Atlanta’s most vulnerable populations.

“We have always been pretty active in partnering with programs and organizations whose missions align with us,” Rodriguez says. “That is something we will continue to do as we expand.”