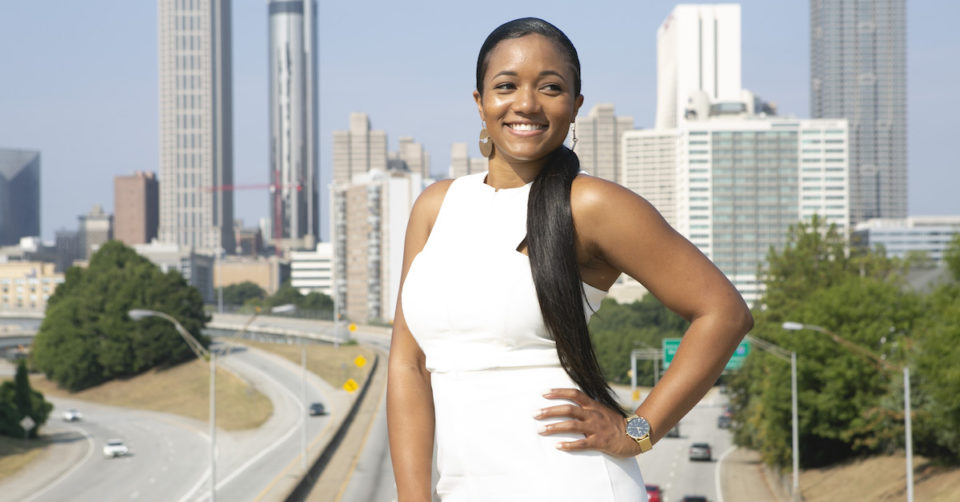 Digital marketing guru Stephanie Smith spent the summer of 2020 teaching Black-owned businesses how to manage their own digital ads—for free.

“When COVID happened, there were a bunch of small and medium businesses that needed to really refine their digital strategies to stay alive. So that became my goal for the year: to help them stay afloat during what was a tough time,” she says.

“And then of course, with everything that happened over the summer, Black Lives Matter, I decided to focus a bit of my time to just my own businesses, to make sure to help grow our dollar, and get businesses to the point where they can sustain and scale and put more money back in our community.”

Smith, now a digital marketing veteran, originally set out to be an engineer. But during a summer internship, she was seated next to the marketing group—changing her career course forever. “What they were doing was way cooler than my very boring spreadsheet work,” she says.

A posting on her college job board led to her first job, with Blinq Media. “They taught me from the ground up—how to read the numbers, how to do reporting, how to do trends, data. Everything that I needed to really be a media person, I learned from them,” she says. “That’s where I fell in love with the idea of digital ads.”

Smith spent the next 10 years running media for various agencies in the Atlanta area, working with large brands such as Coca-Cola and Capital One. Then three years ago she decided to focus on her own business, Digital Insomnia, also known as Social by Steph.

“I decided to take that experience and bring it to the pocket of small and medium-sized businesses. Just because you don’t have $20 million to spend doesn’t mean that you can’t take some of those best practices and apply it to your campaigns in a smaller scale.”

It quickly became apparent to Smith that there was a greater need than her service-based business could meet.

“What I noticed is that even if I can give business owners and entrepreneurs all of the information and the skill and knowledge they need to manage their own ads, it was still scary to spend their own money because they weren’t quite sure how it was going to perform.”

And that’s when Smith got the idea to create a simulator, dubbed SiMMY, that would let people learn and practice before having to spend their hard-earned capital.

“It’s a tool for users to learn how to manage ads without spending any real money, so they can learn the strategy behind it, how to set it up, what to decisions to make, what optimization to do, how to analyze the numbers. And then also go through scenarios to practice different campaigns until they feel comfortable enough to go into the real market,” she says.

The platform will start with how to run Facebook and Instagram ads and eventually expand to other platforms such as Google, Tik Tok, Pinterest, and LinkedIn. The prototype should be finished by mid April, thanks to the financing she received as the winner of Black Women’s Roundtable’s Take It To The TOP Entrepreneurship Challenge.

“Actually a friend sent it to me and said that I should apply for it. And I was like, ‘Oh yeah, this sounds dope.’ So I applied thinking that it was a really good opportunity,” she says. 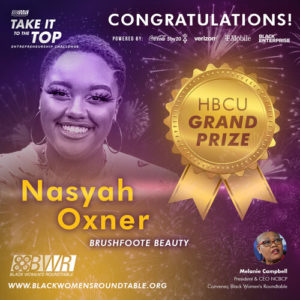 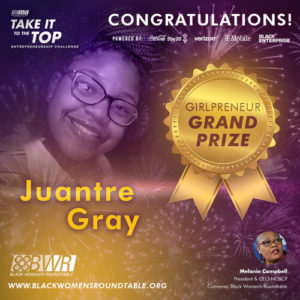 The winnings have been essential to Smith’s ability to develop her digital marketing simulator: “Winning that pitch, I was able to jump right into what’s needed to get into the development or at least the prototype or MVP for my platform.”

“For a lot of entrepreneurs, finances are typically the hardest part of the bottleneck, so I’m so very grateful that I can use that to go ahead with my idea.”

But the money wasn’t the only benefit. Smith has also found a network of supportive women entrepreneurs amongst the other finalists for the pitch competition.

“We were all sharing ideas and getting real-time feedback. So yeah, there were definitely a lot of advantages to this. And there’s a couple of the women that I’ve still been emailing with; we’ve stayed connected.”

Smith hopes to finish 2021 with a lot of feedback from beta testers so that the platform can get smarter and add more features—and maybe even attract its first paying customers.

“I’m really excited about this year,” she says. “I think there’s a huge opportunity to not only grow my business tremendously but help a lot of people.”