Best Cities For Black Women To Operate A Business 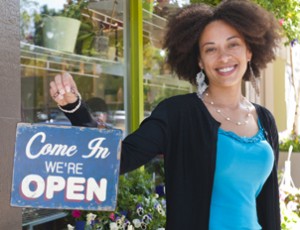 It’s Women’s History Month and it’s no secret that black women represent the fastest-growing group of entrepreneurs in the U.S. Roughly 14%, or 1.3 million, of all business are controlled by black women.

According to an American Express OPEN-commissioned report, more than 9.4 million women-owned businesses currently operate in the U.S. Combined, those firms account for nearly a third of all privately-held companies, pull in annual revenues to the tune of $1.5 trillion, and provide jobs to roughly eight million workers.

What’s more, women overall are among the fastest-growing enterprises in the nation – increasing at a rate 1.5 times the U.S. average and topping “the growth rates of all but the largest, publicly-traded firmsâ€ in the past 18 years.

Location plays a key role in the success of any business, but an even bigger one for women-owned firms. That’s because some areas are better than others at encouraging female entrepreneurship and recognizing its value.The personal-finance website WalletHub conducted an in-depth analysis of 2016’s Best & Worst Metro Areas for Women-Owned Businesses.

To commemorate Women’s History Month, the Center for an Urban Future also published a groundbreaking new study that revealed a dramatic surge in women entrepreneurs in New York City, showing that the number of women-owned businesses grew four times as fast as male-owned businesses during the past five years.

The study also showed that the number of women-owned firms increased by at least 20% in nearly every major industry and that women are starting a greater share of the tech companies in New York than in Silicon Valley and Boston; the nation’s other leading tech hubs.

Brooklyn alone has more women-owned businesses than all but three other U.S. cities: NYC, Los Angeles, and Chicago.

Other studies revealed that Atlanta is a top spot for black entrepreneurs, but also cities like Chicago and Los Angeles have stronger potential because of their larger black populations and the opportunity to generate more revenue.

So, if you’re aiming to become the next Madam C.J. Walker, Oprah Winfrey, or Janice Bryant Howroyd; black women past and present known for their epic entrepreneurial achievements, you might want to carefully consider where to plant the seeds of your future empire.

When it comes to black culture, growth, opportunities, and support services, including incubator or tech hubs, here are BlackEnteprise.com’s top 10 cities for black women to start and operate a business.