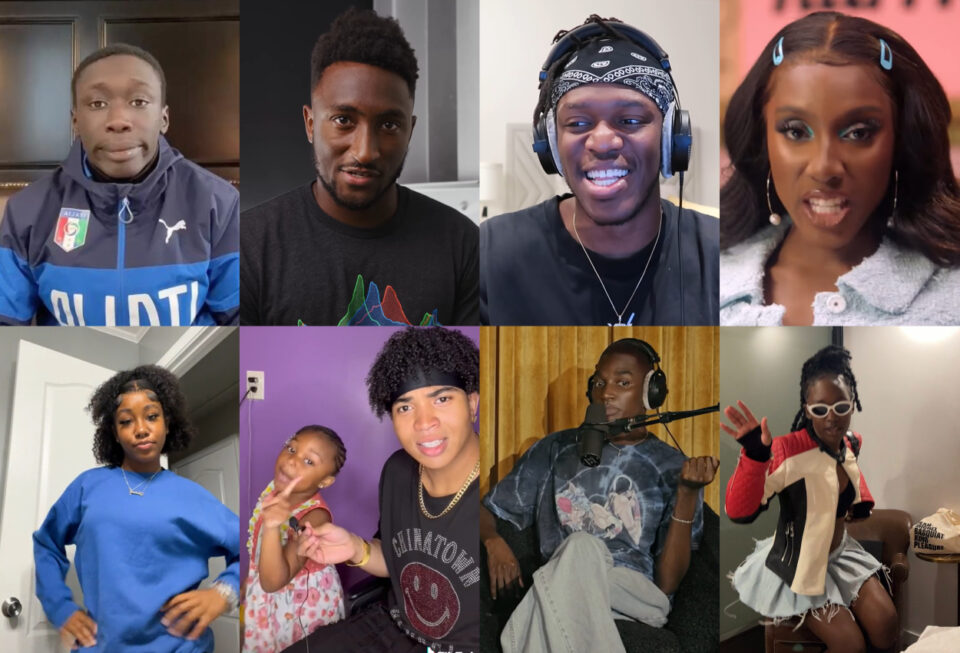 These Black creators understood the assignment, scoring them a spot among the world’s most influential content creators.

Forbes released its first-ever Top Creators 2022 this year, and included in the 50-spot lineup are some of the highest-paid Black content creators. The global media company and creator agency, Influential, devised the 2022 list of social influencers based on three metrics: earnings, clout, and entrepreneurship.

Earnings accounted for 50% of a creator’s rankings, which Forbes estimated based on a 2021 calendar. Clout was measured by assessing each creator’s follower count and total engagement rate on multiple platforms. Entrepreneurship was ranked on a one-to-three scale according to profit from various business ventures.

Ranking in the #8 spot with more than 146 million TikTok followers is 22-year-old Senegalese-born Khaby Lame and 2022 Forbes 30 Under 30 Europe honoree. His clever comedy skits approach “life hacks” through hilarious trends landing him deals and partnerships with Binance, Paris Saint-Germain, and Hugo Boss.

Coming in as Forbes’ #18 highest paid content creator is 2021 30 Under 30 alum Marques Brownlee. The creator of MKBHD, a YouTube channel focused on technology videos, has scored interviews with prestigious tech icons, including Bill Gates, Mark Zuckerberg, and Elon Musk.

Olajide Olatunji, also known as KSI, can be found sitting in the #20 spot on Top Creators 2022. The rapper and boxer started as a British YouTuber posting commentary on FIFA video games. Amongst other business ventures, Olatunji’s success has led him to become a co-founder of various companies, including restaurant chain Sides, Vodka brand XIX, and workout drink Prime Hydration.

Gracing spot #33 is North Carolina native Rickey Thompson. With a total following of 9.5 million across social platforms, Thompson’s comedic videos on social media have drawn the eyes of major brands. Some of his deals include sponsored content for YSL Beauty and Marc Jacobs, his “We Said What We Said” podcast deal with Spotify, and a starring role in the Good Mourning feature film.

Moving along the list, Ziwe Fumudoh is #38 amongst the highlighted content creators. Currently starring in her own Showtime show, Ziwe, Fumudoh hit viral status with a rise in viewer engagement on her Baited with Ziwe YouTube show where she confronts racial issues through comical dialogue. Her entrepreneurial progress includes writing gigs for Stephen Colbert, Desus and Mero, and The New Yorker.

Choreographer Jalaiah Harmon landed the #40 spot with her TikTok videos drawing a total of 3.5 million followers. The original creator of the “Renegade” dance has scored deals with sponsors, including Coca-Cola, Levi’s, and Netflix.

At #42 on the list is La’Ron Hines. As mentioned in Essence, Hines became a viral sensation after asking adorable kids interview questions at the daycare where he works. His reach to millions of followers led him straight to the red carpet to share his talent with celebrities and partnerships with Fashion Nova and other major companies.

Comedian Elsa Majimbo makes it onto Forbes’ Top Creators 2022. Her online videos intrigued social media during the COVID-19 quarantine, and her comedic videos led her to international recognition and partnerships with Maison Valentino, Bumble, and Beats By Dre.

The 50 creators listed on Forbes Top Creators 2022 hold an overall total of 1.9 billion followers across social platforms, earning a combined $570 million, with an average age of 31.