Black Family-Owned Firm Projects Revenues to Grow to $16 Million Within 5 Years. Here's How 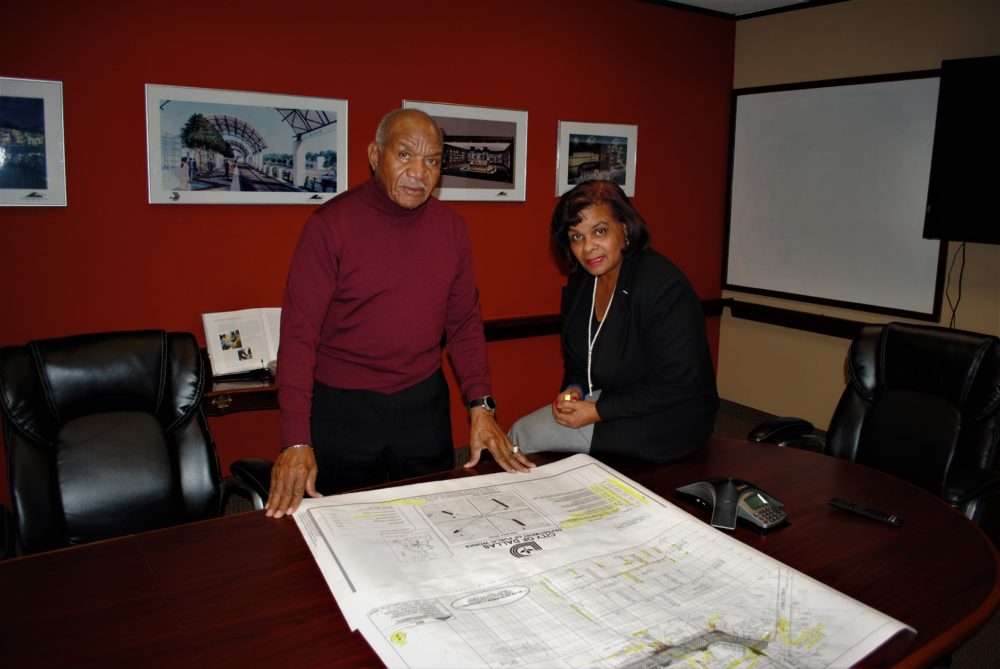 Armed with new projects in the pipeline and existing ones underway, Dallas-based Dikita Enterprises Inc.is on the fast-track for future revenue growth.

The civil engineering and consulting firm was started by Lucious Williams in 1979. Led today by his daughter, Eve Williams, the firm expects to grow annual revenue to more than $16 million in the next three to five years from about $5 million now. Calling itself the oldest African American and family-owned firm of its type in North Texas, Dikita mainly offers engineering, construction program management, transit planning, and other services to government entities.

All told, the firm swears it has designed and/or managed projects worth over $1 billion. That’s phenomenal given Lucious Williams sold his car for $6,000 and used the proceeds for startup capital. Initially located in Milwaukee, Dikita moved its headquarters to Dallas in 1983 to pursue DART and other larger municipal clients.

But the journey has not all been easy. Lucious has publicly stated the company has survived tough times—including three economic storms—because it learned early on to diversify. That has helped it avoid employee layoffs. “2001 was our worst year ever,” he states on Dikita’s website.

“It started out weak and then worsened when all of our airport contracts were frozen because of the September 11th terrorist attacks. We had to concentrate on other markets, like education, and public transit. Fortunately, my daughter and I had saved for lean times, and were able to continue to pay our employees while we only took one month’s salary that year.”

That difficult time taught Eve to learn a valuable lesson from her father: Set aside 25% of your paycheck in case you cannot pay yourself to help you survive. Eve was the firm’s chief financial officer for 27 years before becoming its president and CEO in 2010. Lucious, who ran the firm for more than 30 years, remains active as board chairman and government affairs officer.

“We have to do 130% more than our competitors to survive as a black company,” Williams said. “Our niche is being a small company that’s large enough to handle major construction projects and respected enough to complete them as designed within our community.”

Dikita, which celebrated its 40th anniversary in 2019, is now working on nine projects in Dallas and Fort Worth, where it has offices. Its largest upcoming project is serving as Owner Representative for Vehicle Engineering for the Dallas Area Rapid Transit (DART). Dikita will oversee new rail car specifications and inspections as part of a five-year contract for the rail and bus transit system that begins in late 2020. Eve estimates her firm’s take will be about $4 million. DART serves the Dallas area.

Further, Dikita will handle quality assurance and inspection for the Texas Department of Transportation’s Lyndon B. Johnson Freeway 635, a $1.6 billion road construction project that begins next August. Eve figures the work will reap her firm $2.5 million over four years.

She also expects her firm to pick up $3.2 million as a program manager for the North Texas Tollway Authority, the operator of toll roads, bridges, and tunnels. Dikita’s current project with the authority will transition into a new four-year contract beginning in March 2020.

A growth driver for Dikita has been various projects it has maintained with long-time clients, particularly DART. One fresh contract that the firm began in October 2019 is with DART’s new Silver Line rail project. Dikita’s work includes providing design reviews and system integration for the 26-mile corridor stretching across northern Dallas suburbs. That project is expected to generate $3.5 million in the next five years.

A long-term niche project Dikita provides to clients is transit market research. The firm plans in January 2020 to begin collecting ridership data for DART, an ongoing service Dikita has been providing that client for over 30 years. That contact is expected to bring the firm $1.5 million by 2025.

Dikita has raked in more than $12 million providing market research services to DART since 1991.
“Without DART being that special client we would not be where we are today,”

Plus, Dikita was the first African American firm to ever serve as a program manager for the Dallas Independent School District after its successful 2015 $1.6 billion Bond Program. It was one of three firms to manage the construction and architectural work budget of $530 million to build new and expanded schools and classrooms.

“To remain successful,  it’s important to provide your client with a new product they can be proud of not only the day of delivery but for years to come.”