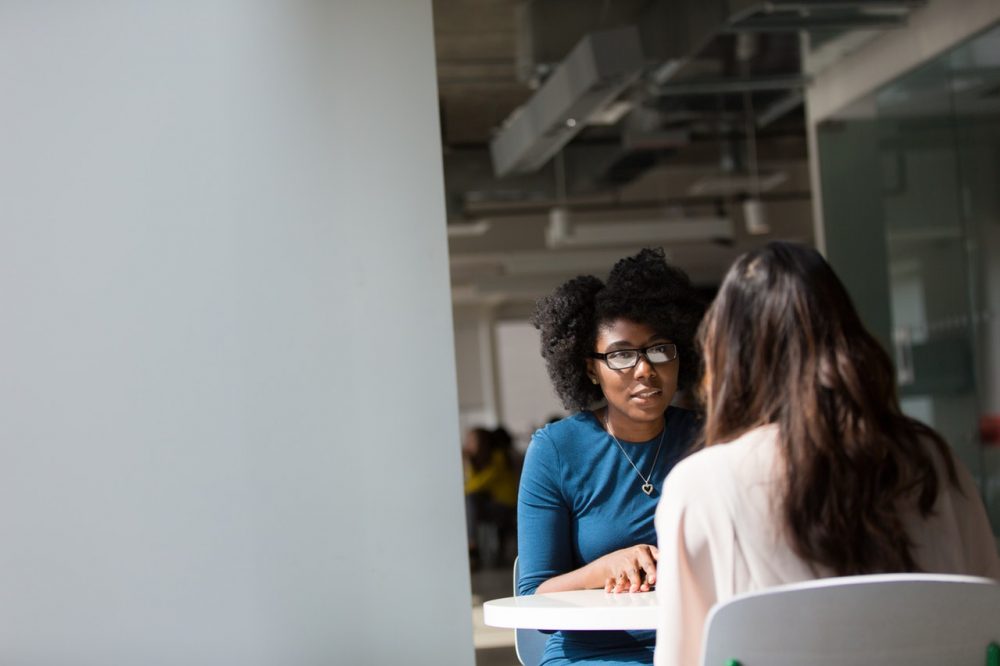 (Image: From Pexels by Christina Morillo)

As educated and ambitious as black women in the workplace are, an alarming number of women working in corporate America are not matriculating from entry-level to managerial roles—and ultimately the C-suite.

That is what LeanIn.Org and McKinsey & Co. identify as the “Broken Rung” in the fifth year of the Women in the Workplace report on the state of women in corporate America. The Broken Rung refers to the first step up to manager as the biggest obstacle women face on the path to leadership.

From lower wages to microaggressions, black women can’t catch a break at work. Despite opposition, 29% of black women surveyed expressed interest in pursuing executive roles. While black women are represented in the numbers, their progress is minute in comparison to their non-white counterparts. Simply put, black women are still getting their footing on the corporate ladder.

“Repairing the broken rung is the key to creating significantly more leadership opportunities for women,” Kevin Sneader, global managing partner of McKinsey & Co. says. “Taking this single action can have an outsized impact. Over the next five years, this can add 1 million additional women managers.”

Key findings about black women in the workplace:

Sheryl Sandberg, Facebook Inc.’s chief operating officer and the founder of LeanIn.Org, weighed in on the report for the Wall Street Journal and says that the gender gap is bad business.

“No business in the world can succeed without hiring and promoting good employees, and when the numbers are this lopsided, many talented women are being overlooked.”

The report also reveals that “For every 100 men promoted or hired into manager roles, only 72 women are promoted or hired to manager. Largely because of this, men hold 62% of manager-level positions, while women hold just 38%. As a result, there are less women to advance to higher levels. So despite seeing hiring and promotion rates improve for senior women, women, as a whole, can never catch up.” The report is based on data and insights from 329 companies employing more than 13 million people and more than 68,500 employees in the nation.

In addition to those facts and figures, the wealth gap has widened for black women. And if the unique issues persist, it could take black women 106 years to receive equal pay.

So, what’s the solution? Fairness, unbiased training, clear paths to leadership, executive coaching, and sponsorship are some of them. Ultimately, companies have to work diligently to create fair and opportunistic work environments for all women.