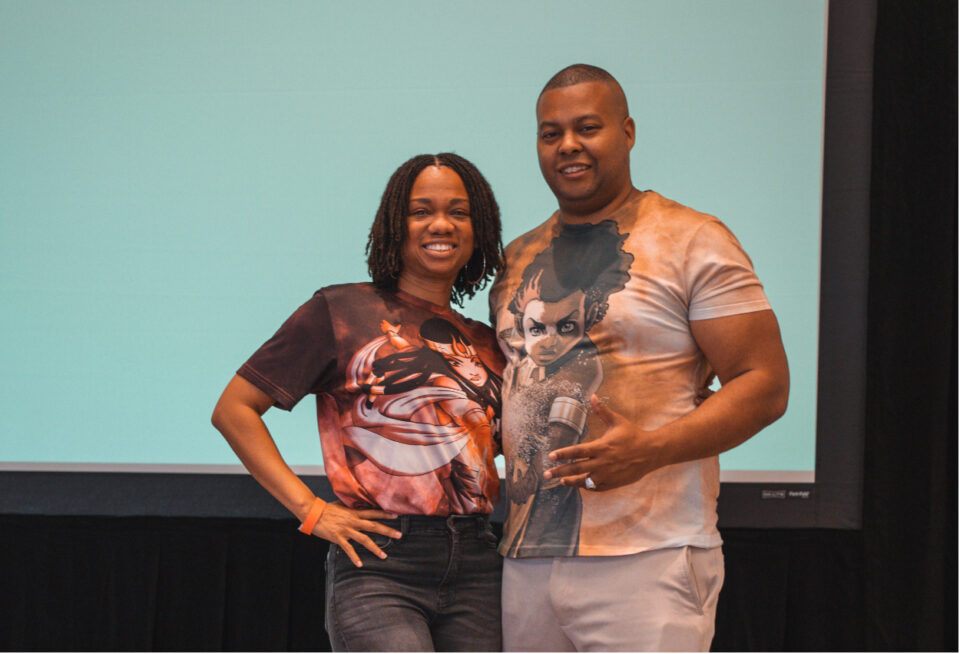 Not vexed by wary investors, Black-owned comic book publishing house Black Sands Entertainment has raised more than 12 times the funds in its latest effort to expand the company.

The company is primarily known for its comic book publishing, developing motion comics at Black Sands Studios, and offering an app for families seeking strong Black characters. Calling itself one of the nation’s first comic book companies of its type, Black Sands has taken off briskly since being founded by husband-and-wife Manuel Godoy and Geiszel Godoy in 2016.

Based on the funding platform Kickstarter, Black Sands has collected over $124,000 out of a $10,000 goal as of June 26. That means the company has significantly topped its base goal to raise $10,000 by July 9 to begin production of anniversary editions of its comic book. The company reported it hit the fully funded goal in one minute and garnered $100,000 in one day.

Manuel Godoy claims that to his knowledge of other Black comic book brands, Black Sands is the first to reach the latter accomplishment on Kickstarter.

Godoy says selling out the anniversary editions is the first stretch goal.

“We are 40% sold out of the limited-edition anniversary prints,” he said.

“Our expected sellout should be a few days before the campaign is over. First, we wish to sell out on the Anniversary Editions so our fans can have collector items.”

Godoy said he is confident the company will reach its first stretch goal. He says there is usually a calm period in the middle of the campaign and then a frenzy at the end.

He explained that if the company reaches $250,000 in fundraising, it will produce motion comics seven through 11 of Black Sands on Black Sands Entertainment’s YouTube channel, which he says already has two million views.

“To get fans excited, we will have a casting call for our fan base to audition to be cast as characters in these episodes.”

He added that if the company raises $400,000, it will produce motion comics 12 through 16 of Black Sands on its YouTube channel and again have a casting call, giving fans another chance to be cast in one of the Black Sands episodes.

So, why has there been such an impressive response to the fund-raising campaign? Godoy responded, “Having a core customer base is key. I know from past experiences not to overly rely on Instagram and TikTok. I have an email list of 150,000 people. All of which are customers, investors, fans, and patrons.”

Godoy says the raised funds will be used to print anniversary editions of Black Sands comic books, produce the rest of the season of Black Sands’ motion comics, and give more opportunities for publishing deals under the label.

Black Sands has had many groundbreaking accomplishments since its launch. For instance, earlier this year, the Godoy’s secured a $500,000 investment on Shark Tank with Kevin Hart and Mark Cuban for their company. Black Sands has reported a total of 200,000 print copies sold, with $2 million in sales since it started.