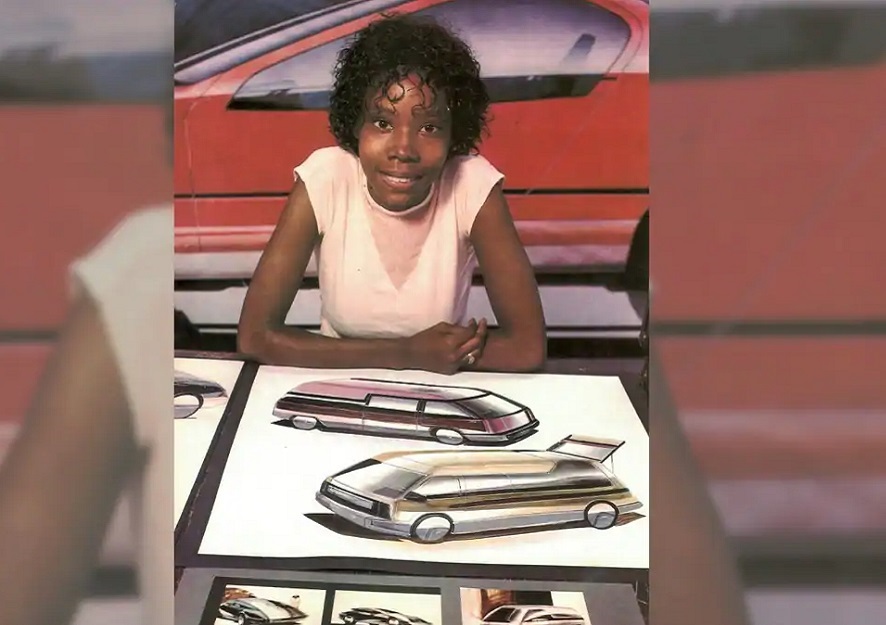 The proud daughter of a Ford plastic model specialist, Emeline King, fell in love with the Ford Mustang and relentlessly chased her childhood dream of designing cars like her dad.

“I loved to play with toy cars when I was a child. It was like an insult to give me a doll,” The Chicago Tribune quoted King as saying in a Jan. 30, 1994 publication.

In 1983, King, a Detroit native, was hired by Ford Motor Co. to become the first Black woman Transportation Designer for Ford. Her portfolio includes some of her best-known work from her nearly 25-year career at the company, including the interior design of the award-winning 1994 Ford Mustang, according to Ford Online.

She also contributed to the design of the 1990 Ford Probe and 2000 Ford Thunderbird, among other vehicles in Europe. Also, she patented a 15-inch wheel cover the 1989 Thunderbird.

“I’m coming from it from a woman, or a female point of view,” she told Fox 2 News. “I was thinking about not breaking a fingernail—making sure the knobs were soft. I was making sure that in my design features for the 1994 Mustang that we’d be able to get in and out of the vehicle without splitting a skirt.”

A Cass Tech graduate, she attended Wayne State University — the College for Creative Studies and then the Art Center College of Design in California. King is not only a pioneering designer but also a motivational speaker, songstress, musician, and author.

“We’ve got plenty of guys who always wanted to design cars and started drawing as little kids. But most women don’t realize that this is an option, a distinct possibility for them,” said Ron Hill, then-chairman of transportation design at the Art Center College for Design in Pasadena, California.

Having made her mark in the auto industry, King’s journey, confronted by racial and gender barriers, will be detailed in a motivating autobiography entitled What Do You Mean A Black Girl Can’t Design. The book is available for purchase at emelineking.com and Amazon, Target, and Barnes and Noble.

“A lot of times I tell a lot of young ladies—and little girls—do not let anyone discourage you or tell you what you can’t become,” Emeline said in hopes of opening a STEM Academy for girls . “If Emeline King can do it, so can you.”