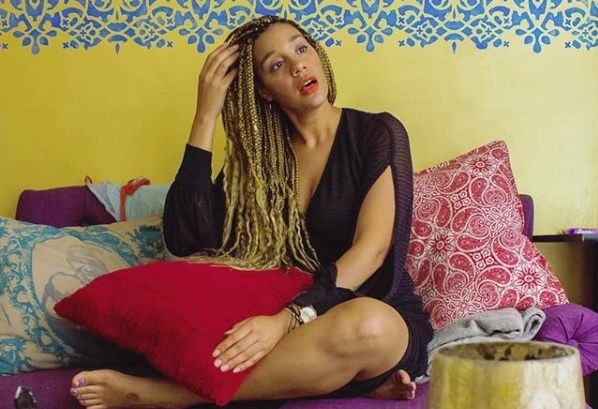 Evita Robinson, founder of Nomadness Travel Tribe took what was once a personal platform to document her worldwide adventures as a young female backpacker, and turned it into a multiplatform organization and movement that boasts thousands of members and enthusiasts around the world. Her travel series, Nomadness TV, offers a hub for urban travelers to learn, interact and experience specatular voyages together, via an online social community and events. The invitation-only platform is a place where diverse travelers—who must have at least one passport stamp–can share stories, advice, photos and conversation about our personal experiences around the world.

Black Enterprise caught up with Robinson, a television and film production graduate of Iona College, to chat about her journey in turning vlogs into a global movement and how you can take your passion, monetize it and truly live out your wildest career and personal development dreams.

Black Enterprise What inspired you to start Nomadness Travel Tribe?
Robinson: It was really my way to answer my own problem. I was living in Japan for a year as an ex-pat at that time, it was my second time being an ex-pat. I’d lived in Paris right after my college graduation, and I was out there teaching English and bartending. While I was there, I thought ‘Let’s start this Web series to let my family and friends know I’m alive and OK during this stint in Japan. About 10 months into it, I realized no one was going to come out to visit me, so I wanted to bring my experiences out to them.

I started videotaping my life and cutting together vignettes, and I named it Nomadness TV. It really started out as a way for me to showcase my life beingÂ  a 20-something, female backpacker. I didn’t see anything like that in mainstream media so I thought there was a space there to tell that story using my background in TV and freelancing. I got the attention of my friends and family and social media, but I was also getting the attention of people I work with who are in the industry.

Everyone’s feedback was positive and people saw it as really unique, so I kept going with it

What were the keys in terms of building the community from that start; turning a passion of yours into something that is a movement?

Dealing with travel withdrawal, one of the things they tell you to do is to start planning your next trip, even if it isn’t for a while, and getting into the process alleviates that feeling of anxiety or being stuck when you’re back home and you just want to get back on the road. Growing it from [the early start] for me into what is now 9,000 people that live all around the world, it was a process of trial and error and it still is a lot of trial and error.

In the beginning I was experimenting. Then a really close friend suggested starting off as a Facebook group, and she suggested I grow the platform from there. I started off with what was seen as smaller not really knowing where it was going to go—not looking to necessarily scale—but also not realizing that there was such a need for this type of community.

There’s been a big uptick in travel platforms, groups and organizations for people of color? In the midst of that, what does the Nomadness traveler look like? Who is he or she? What are his or her qualities?

When people ask me this question, I’m say, ‘You’re looking at her.’

Our demographic is highly skewed African American (80%), but we do have every ethnicity across the board represented. We’re also highly skewed female (80%).

[However], I don’t dub it as [exclusively] a ‘black travel group.’ I want something that had more of an urban lifestyle and something that was more inclusive. Having lived in a place like Japan, for example, I tell people all the time I can show you urban that isn’t ‘black.’ It transfers whether it’s the music, the dancing, the culture or the fashion, really is a lifestyle and that’s what I wanted to bring to no madness, and it’s been amazing to see that flourish and to witness the [diverse] people that the platform attracts. 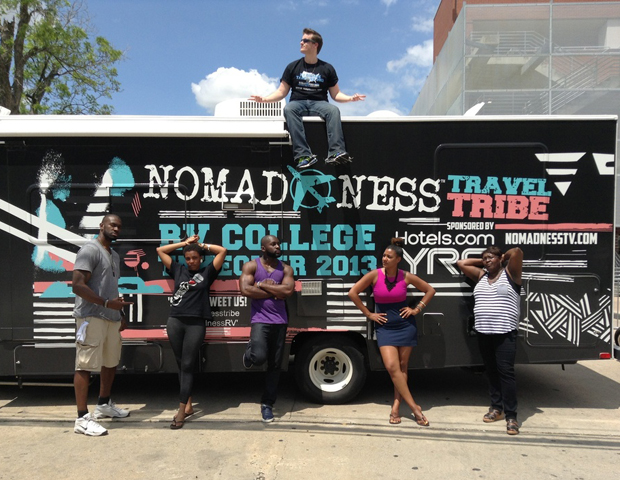 How are you able to monetize this platform you’ve created?

It has been an interesting road. When I started this, I didn’t think I was starting a business. I knew I was starting a group. Then all of a sudden people were requesting coordinated trips, and I say yes to them a lot more than I say no. Once money was exchanging I knew I had to learn ‘Business 101.’ I had to protect our travelers and myself, so I got Nomadness registered into an L.L.C. We now average about five full-scale trips, and we may sprinkle in 1 or 2 long weekends, so that’s definitely popular within the group.

Merchandising is also something I had no background in, and I didn’t realize the affect that it could have. It’s been amazing but it’s not only just a monetary asset to Nomadness. It has also been one of the biggest pushes of brand loyalty and exposure for the Tribe. it’s now gotten to the point where my members who don’t know each other will recognize each other in airports because of the T shirts we offer.

A lot of our Tribe members wear our merchandise when we travel, and we’ve had flight attendants stop us. There’s one T-shirt that says ‘TSA knows my body better than you,’ and TSA officers see it and crack up. Another big one is ‘Friends don’t let friends stay domestic.’ They’re fun, different, in and in-your-face quirky way.

We also have major events, including the anniversary party we host the last weekend in September, and that’s something that is huge and monetized now.

What advice would you give someone who has a passion for something and seek to monetize it and create a platform, as you have?

First, just start. Most people suffer from analysis paralysis and it’s horrible because you have an amazing idea but you start to analyze it and break it down so much that you never actually move on it. Just start and perfect it along the way because people will grow with you that way.

Learn to sell it and sell it again. Your family and friends may not always come out to support you, but if you can always sell something again and again and again, that is your indicator that you are on to something that you can really monetize and that there’s an actual market for what you want to show.

Learn a little bit about every single aspect about what you’re creating with your business. I’m talking anything from learning how to do PayPal so you know how to balance books or learning how to put your shipping packages together and what the process is for that. Shadow a graphic designer, for example, just get to know a little bit about imagery and packaging what you offer. In the growing phases, you’re going to have growing pains and sometimes people are going to drop off. You never want to be in a situation where your knowledge base stripped by a major aspect of your company, so if someone leaves, the whole business won’t implode if you have a bit of knowledge in the area that person covered.

In the beginning, accept that you may walk alone. And as soon as you get to the point where you need it, start looking for help. I was a one-woman band for years, and when I got to that point of saying, ‘I can’t do this on my own,’ I got out of my own way, and that’s when no madness really started to scale.