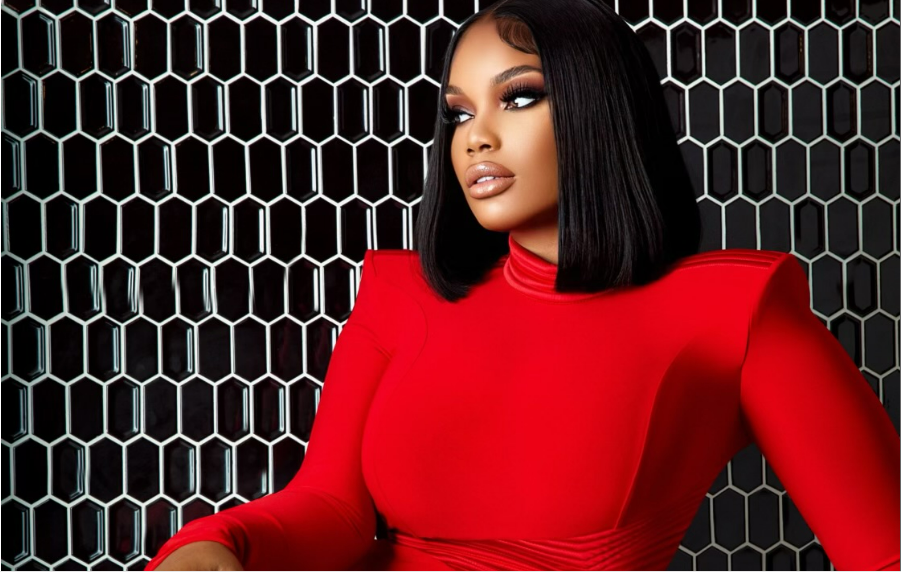 The 27-year-old learned from a young age what independence meant. Born and raised in Little Haiti, a small town in Miami, she took strength from watching her mother work hard.

“Growing up in my city was extremely rough. Watching my mom struggle, seeing [the] lights go off, [the] water go off, [to being] behind on the rent, and having to wear the same two pairs of shoes was hard, but I was able to see a single hard-working mother try her best to provide for her kids,” Emilien stated.

Coming into adulthood came with its own set of unexpected challenges. After finishing her associate’s degree, Emilien discovered she was pregnant and was kicked out of the house. Homeless and pregnant at 21, Emilien had to provide for her child. So, she decided to style hair.

“When I had my son, I didn’t want my son to experience the adversities that I did growing up, you know, watching my mom work day and night two jobs, not being able to spend time with us because her main priority was to financially provide for us instead of creating memories with us [was hard]. So, I said [to myself] I have to start a business. If I have a skill set or if I can perfect this technique, then [I can potentially], make income to just provide for me and my child. So when I first started doing hair, I started doing hair because [of] Mason; it was not [because] this [had] always been my dream. I want to be a hairstylist. I started doing hair because I was just trying to provide for me and my son,” Emilien said.

Daniella styled some of the biggest names in hip-hop and reality TV like the City Girls, Kash Doll, Nicki Minaj, Reginae Carter, and Marlo Hampton — and Hair By Ivy was born.

Despite her success, Emilien came to a stark realization when she couldn’t use her newfound wealth to purchase a house or car.

“One time, I got booked to do Nicki Minaj’s [hair] in Miami. She had about four cars, like luxury cars, it was like a lifestyle, and I was like, wow, if I’m here doing her hair, and she’s living like this, then I can do this too… I’m a celebrity hairstylist now and I don’t have a car. Why am I renting cars back to back? So I tried to go buy myself a car. [I] didn’t know anything about credit,” Emilien said.

After mastering the system, Daniella became inspired to walk others through the process.

“I want to show people that if I can do it, you can do it too. And one of my roadblocks in my career was I didn’t have a mentor or coach. If I did, I [would have] leveraged that and pivoted in my career. There was so much money that was spent [and] time that was spent, that I couldn’t bring back… I didn’t have anyone to teach me about the business, [how to] create an LLC, [how to] pay your taxes, you know, buy hair extensions, using your business line of credit… And I spent a lot of money, I [made] a lot of mistakes, trial, and error,” she stated.

From hairstylist to business coach, Emilien is challenging the way Black business owners think about how to achieve generational wealth. After six months, she has helped hundreds of Black-owned companies acquire over $1 million in business funding with her newly founded venture, The “Ivy League Academy.” Emilien recently debuted her first Black Wealth Exchange Summit featuring Rasheeda, Jessie Woo, and more.

The Black Wealth Exchange Summit was a one-day event curated to allow current or aspiring professionals to listen to established business owners discuss their personal avenues to financial freedom.

Emilien is preparing to open two new restaurants with her fiancee, Chef Bryant “Baul” Williams, this fall called “Betty Sue’s” and “Binky’s Eatery.” She also has plans to bring the summit back next year.