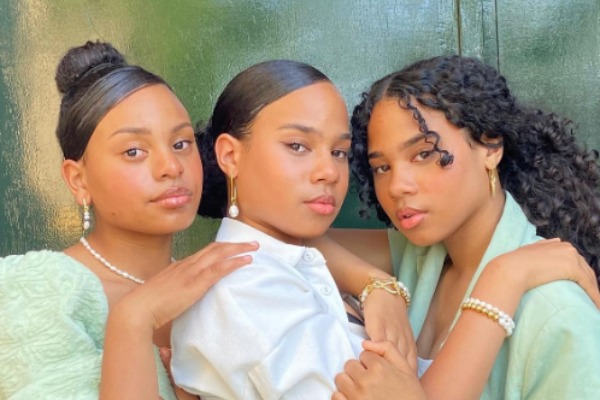 Known as the dance trio Let It Happen, the three sisters use social media to bring smiles and entertainment to people all over the world. Consisting of 15-year-old twins Norah and Yarah, and their 13-year-old younger sister, Rosa, the girls grew up dancing to their parents’ music at home in the Netherlands before they started sharing their dance videos online.

Their first viral video was a routine to James Brown’s “Get on the Good Foot” made in honor of the Godfather of Soul’s birthday. After James Brown’s official Facebook page reposted the video, the sisters became internet famous.

Since then, the sisters have made waves all in the name of fashion, hip-hop, and R&B. Their videos include routines to Mariah Carey mashups, Destiny’s Child, and even Mary Mary. No song is off-limits for the Mukanga sisters as long as it has some soul.

It was their father who helped them come up with their group name, Let It Happen.

“He said, ‘Guys, don’t worry, just let it happen!'” Norah told Pop Sugar. “Since that day, we never forgot his words and we started to use the phrase more often. After a while, we thought, ‘Why don’t we just call our group Let It Happen?’ It’s kind of our philosophy.”

Though they have a choreographer in Paris who assists them, the sisters primarily make up their routines all on their own. Their mom helps to style them and the rest is history. Their videos have been reposted by Alicia Keys, Viola Davis, and Janet Jackson and have helped them land two appearances on The Ellen DeGeneres Show, a campaign with Sprite, and a Lollapalooza gig.

The sisters are enjoying their newfound stardom but aren’t allowing their followers to pressure them into pushing out so much new content.

“We are never in a hurry [to share new content],” Norah said. “We give ourselves the time to create and to learn.”