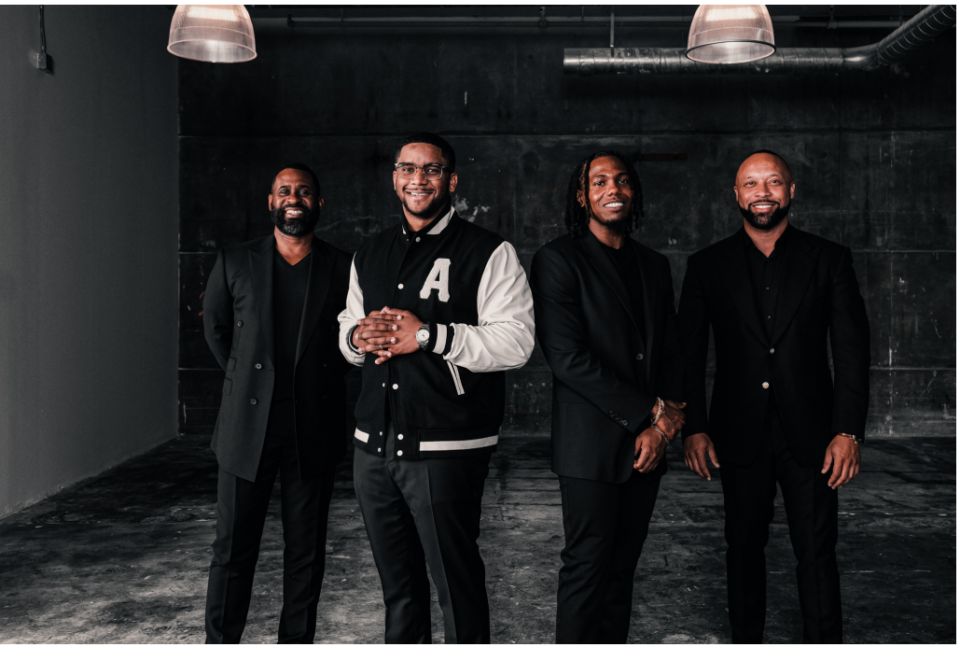 In a trailblazing deal, the fintech Greenwood acquired the private membership network The Gathering Spot in an undisclosed cash and stock purchase.

Greenwood is mainly a digital banking services platform for Black and Latino individuals and businesses. The Gathering Spot is a national private membership network that includes Black professionals, entrepreneurs, and corporations who can connect online and offline.

Atlanta-based Greenwood was founded in 2020 by rapper Michael “Killer Mike” Render, civil rights leader Andrew Young, and entrepreneur Ryan Glover. It reportedly has assets of $40 million and some 30,000 account holders. Greenwood said in a news release it is now onboarding a waitlist of over 700,000 people. It also reported that the business is working with FDIC-insured banks, allowing customers to access debit and savings accounts.

Greenwood Chairman and CEO Glover told BLACK ENTERPRISE Tuesday that Greenwood plans to fully open to the public later this year after inviting all customers from the waitlist. The app, now only available to waitlist customers, was delayed twice in giving people access to the platform since 2020.

Opened in 2016, The Gathering Spot reports it offers a network that includes creatives and provides curated experiences, exclusive content, concierge services, and access to The Gathering Spot flagship clubs that include workspaces, meeting rooms, event space, a restaurant, and bar. It has physical clubs in Atlanta, Washington DC, and Los Angeles.

Asked how the acquisition will help it grow, Greenwood’s Glover told BLACK ENTERPRISE that the “two brands joining forces will provide access to capital, wealth building guidance, business networking, and community engagement to over one million people in our collective communities.”

In a nutshell, he says, the partnership creates the largest combined fintech and community platform for Blacks and minorities. “It’s never been done before, and we believe that it’s noteworthy.”

For the Gathering Spot, the deal will give the business an entrée to financial services. “It’s something that is exciting for both the companies and the community we serve,” Ryan Wilson, co-founder and CEO of The Gathering Spot and chief community officer of Greenwood.

Members beyond where The Gathering Spot has physical clubs are part of “connected city” communities in New York City, Chicago, Detroit, Charlotte, and Houston. The business says they have access to in-person experiences and online content, including conversations with business and cultural leaders like Gabrielle Union, Will Packer, and Tope Awotona. Wilson says the business grew to over 12,000 individual and corporate members from about 1,000 in both categories in 2017 and zero in 2016.

“This combination of Greenwood and The Gathering Spot provides immense benefits to the members and will unlock a full range from financial education to banking and financial tools,” Petersen stated.

Greenwood board member Paul Judge stated, “The future of finance is community. The Black community has been a cultural leader for a long time. It makes sense that it has now become more of a leader in business and in the future of finance. It is an important milestone to have two Black-owned companies on both sides of an M&A transaction. It brings a new meaning to the term ‘black-on-black.’”

Greenwood CEO and Chairman Glover reflected minorities still face a lack of financial inclusion and tools. “This moment marks a significant milestone for the culture and strength within the community. “The combined efforts of Greenwood and The Gathering Spot will expand the collective power of minorities to impact the wealth gap.”