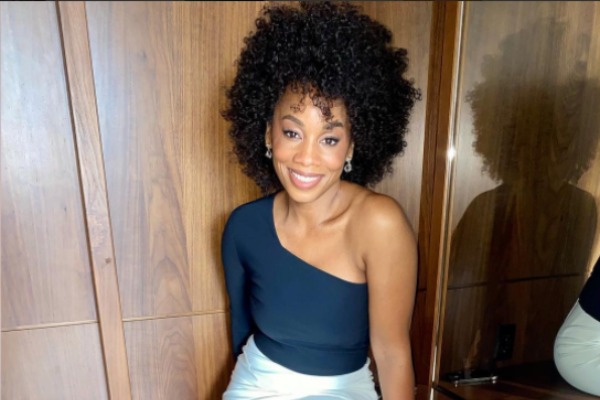 The Tony award-winning actress, singer, and activist Anika Noni Rose has been tapped to host season three of the Being Seen Podcast.

The ten-episode season will follow Rose and a celebrity guest as they take a deep dive into the exploration of the Black female experience and navigate the different ways to inhabit space like power, freedom, desire, and strength. With a focus on how storytellers help shape society, Being Seen Podcast will highlight the importance of narratives that reduce stigmas against Black women.

“We’re talking about power, responsibility, laughter, love. All of the things that really, really matter in life. And also how people lose those things, how they claim them, Rose told BLACK ENTERPRISE.

Through open discourse, Rose and her guests traverse how “we can prioritize Black women in the space of our country, our lives, our medical system,” the Dreamgirls star said.

With a Tony award, nine NAACP Image Award nominations, and hailed as a Disney Legend for her role as the voice of Disney’s first Black Princess in The Princess & The Frog, Noni-Rose might be busy acting on screen and stage, but she’s “grateful” to be able to serve Black women through the podcast.

“It’s important for me, to not just be visible in, in the world of make-believe but to be visible in a real solid space where I can assist our women,” she said.

With a successful career spanning the last two decades, Rose has experienced the transition in Hollywood where the voices of Black storytellers and creatives are being seen and heard. But despite the progress and her role in it, Rose admits there’s still much more work to be done.

“Very rarely do you see a Black critic or a Black woman critic, so there’s a lot of work to be done and a lot of conversations to be had. And it’s not a quick fix,” she continued. “It’s about making a decision to change the thought patterns with which these decisions are being made. It’s about showing imagery that tells more than one story about the Black community.”

In June of 2020, Disney announced that they would be remodeling their famous Splash Mountain ride following a petition calling out the ride’s incorporation of stereotypical racist tropes from the 1946 film Song of the South, People reports. The newly revamped ride was made to be more inclusive to visitors through a theme based on the 2009 Disney film The Princess and the Frog.

Rose touched on how happy she is to see the change Disney fans were able to bring about by coming together to champion behind the brand’s first, and still the only, Black princess.

Now with Disney remodeling a ride to celebrate her role in the family, Rose says “it’s wonderful to see them putting action behind their words.”

“It’s amazing how the fandom has grown and grown with [Princess Tiana]. And these are not just Black people who are fans who love her,” she continued.

Tune in to Anika Noni-Rose as she continues to navigate conversations around breaking stigmas against Black people on the award-winning Being Seen Podcast. Available to stream on Apple and Spotify.