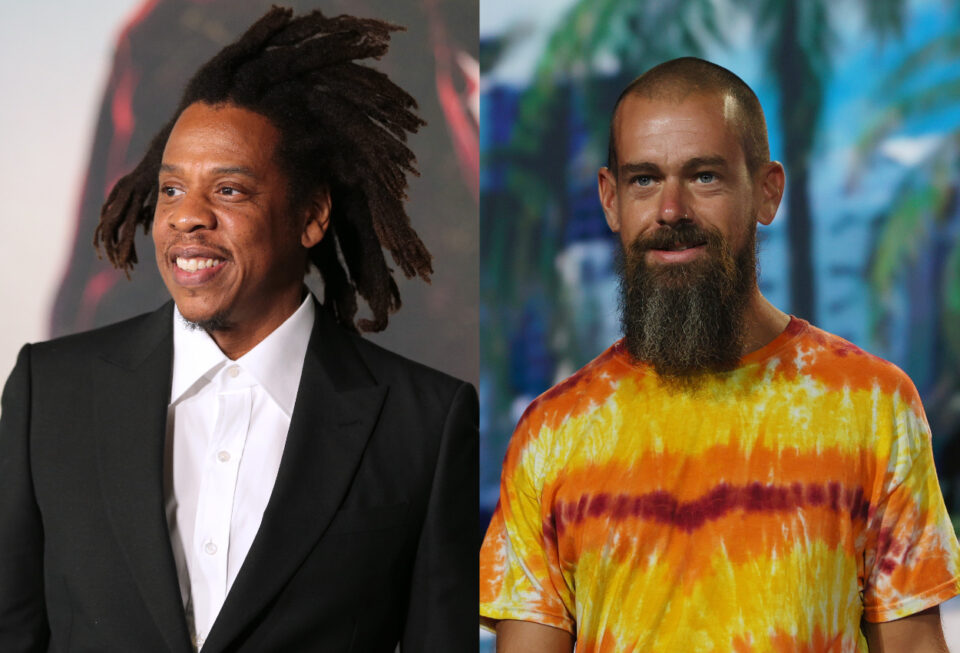 Jay-Z at the Los Angeles premiere of "The Harder They Fall" at Shrine Auditorium and Expo Hall on October 13, 2021. (Photo: Leon Bennett/FilmMagic). MIAMI, FLORIDA - JUNE 04: Jack Dorsey creator, co-founder, and Chairman of Twitter and co-founder & CEO of Square arrives on stage at the Bitcoin 2021 Convention, a crypto-currency conference held at the Mana Convention Center in Wynwood on June 04, 2021 in Miami, Florida. The crypto conference is expected to draw 50,000 people and runs from Friday, June 4 through June 6th. (Photo by Joe Raedle/Getty Images).

The Bitcoin Academy has the commitment of two billionaires’ pockets—and they are dropping the money.

Hip-hop mogul Shawn “Jay-Z” Carter, and Block CEO, Jack Dorsey, airdropped nearly $1,000 in bitcoin to the residents of The Marcy Houses through self-custodial wallets that included CashApp and Munn Wallet.

Jay-Z has notably been a committed big brother to the people who reside in The Marcy Projects. As previously reported by BLACK ENTERPRISE, the pair teamed up to allocate personal grants to establish The Bitcoin Academy, a financial and bitcoin education program for residents of The Marcy Houses in Brooklyn, New York. The collaboration with Crypto Blockchain Plug and Black Bitcoin Billionaire also included on-the-ground support from Block and the Shawn Carter Foundation. Resources of the academy are available to residents free of charge.

Residents were encouraged to join the program to attend The Bitcoin Academy classes.

“Marcy residents showed up. The over 350 people who attended The Bitcoin Academy classes let us know that this education is important to them—and that it matters,” said Ms. Gloria Carter, Jay-Z’s mother, and the president and co-founder of The Shawn Carter Foundation, in a statement provided to Business Insider.

According to AfroTech, Ms. Carter informed that providing necessary resources was at the heart of the academy’s commitment to the residents. This would include dinner, childcare, devices, internet access, and a dedicated staff. The goal is to accommodate as many people as possible in-person and online.

“I am so grateful to the community that came together to make this happen, and especially to all the class participants who are now more empowered to make their own financial decisions with greater knowledge. Knowledge is power. It’s now up to everyone who participated to empower and prepare the next generation.”

Grants are set to be offered to residents who enroll in the program.