Ladies, Want to be a Business Mogul? Mahisha Dellinger, 'CURLS' Founder, Can Help 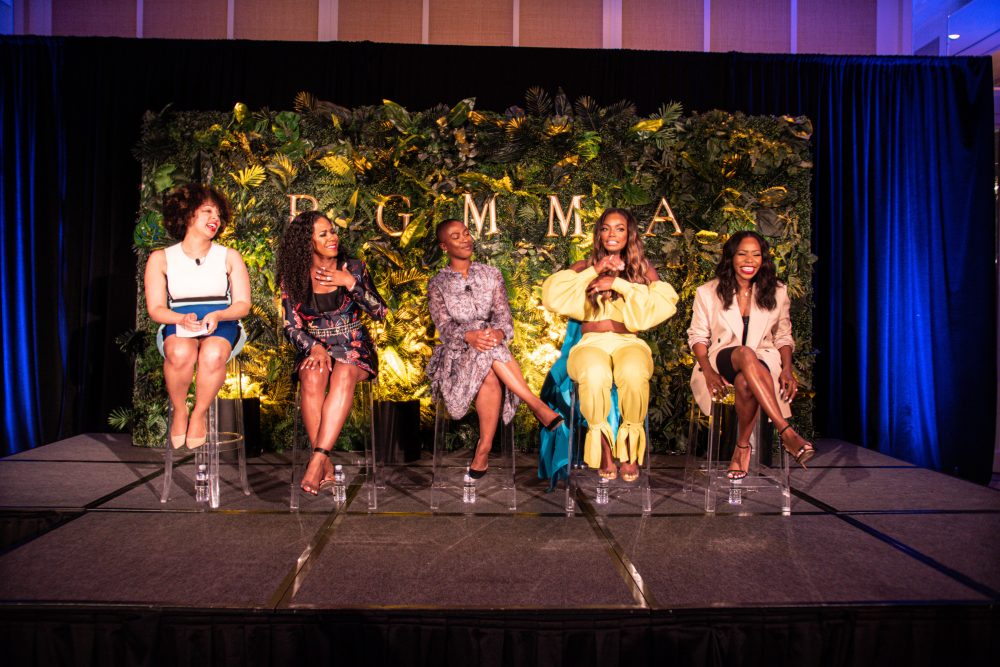 There are numerous headlines celebrating black women for being the fastest growing groups of entrepreneurs—and there are just as many articles about the lack of funding and support that they receive when looking for investors. That is why Mahisha Dellinger, founder and CEO of black haircare brand CURLS L.L.C., created the Black Girls Making Millions Academy (BGMMA)—to help women get started, grow, and take their businesses to the next level.

“We [black women entrepreneurs] are growing by leaps and bounds in business but we’re not making enough money to truly call ourselves entrepreneurs. There has been a 300% increase in small business, but, only 4% percent of them make it to see the $1 million mark. That’s huge. So, why are we not there? Why are we not starting businesses that are profiting a lot? It’s because of the lack of information, the access, the resources, the tools, etc. I want to help people avoid pitfalls, give them tools, and connect them with people who have done it to give them a path to help them get there quicker,” says Dellinger.

After her hit show, Mind Your Business with Mahisha on OWN, Dellinger was inspired to help more women launch and scale their businesses.

“To whom much is given, much is required. I have already done it [grew a successful business and have made millions], I have always had a heart of giving, and I enjoy it,” says Dellinger.

Within 30 minutes of opening registration for the academy, it was sold out. For Dellinger, quality control and excellence are important when helping others. And for that reason, she was intentional about not creating a one-size-fits-all approach when designing the academy.

“We wanted to create paths for different areas that women may be in their current entrepreneurial path.”

The three tracks; the Start Up, the Come Up, and the Blow Up were designed with the women’s business needs in mind.

During the academy, women on the Start Up track attended sessions discovered ways to market their business with next to nothing with Dr. Cheryl Jackson, founder of Minnie’s Food Pantry; craft business plans with Dr. Lynn Richardson, TV/radio host, money expert/life coach, and giver; learn branding essentials; form Ideas for startups; and received budgeting tools.

Those on the Come Up track were able to learn the ins and outs of finance. Michelle Rice, general manager at TV ONE, led the “Boss Up” session on the difference between management and leadership; Dellinger taught women how to stay fresh and relevant and how to choose the right distributors; and attendees also learned how to protect their business and brands the legal way.

And women with businesses ready to “blow up” learned the importance of knowing their numbers; got the resources they needed to perfect their pitch; and 19 women participated in the Boss Tank pitch competition where Dellinger; Maxine Kozler, co-managing director of LDR Ventures; and Manny Fernandez, CEO and co-founder DreamFunded served as judges and gave each of the entrepreneurs valuable advice.

Dellinger was also joined by Tai Beauchamp, Chelsea Crowder, and Kahlana Barfield for a Millionaire Mindset Master Class that was packed with gems.

The evening concluded with a Great Gatsby-themed reception and comedy show with actor Robert “Guy” Torry.

On the final day of the academy, the women centered their minds during morning meditation and yoga. And in true millionaire fashion, they joined Dellinger for a yacht cruise on the Pacific Ocean.

At the end of the cruise, Dellinger and the women wrapped up their time together by writing one thing that was holding them back from success and tossed them into the ocean and pledged to keep moving forward.

Talk about being intentional!