Meet the Millennial Taking Over as Pinterest's Diversity Chief 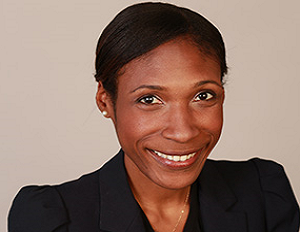 Recognizing the need to enforce actionable steps that will bring about change, Pinterest has hired 32-year-old Candice Morgan to serve as its first-ever head of diversity.

Morgan comes to the Pinterest family from Catalyst Inc., a leading nonprofit organization that works to expand opportunities for women in business. Spending nearly a decade with Catalyst to help companies improve their diversity and inclusion practices, Morgan first joined the organization as a 23-year-old analyst who had just earned her graduate degree in cross cultural psychology from Brunel University in London.

Working her way up to senior director in consulting services, Morgan was responsible for helping companies to build out their metrics on the state of women and people of color within the company. She also sat as an adviser to the Catalyst awards committee, where they honored other companies who were getting it right with diversity.

When it comes to the tech industry, it seems that a lot of companies are struggling to get it right in the diversity department. In 2013, Pinterest Engineer Tracy Chou put the industry on front street when she openly spoke about the lack of diversity she saw first-hand at Facebook, Google, and question-and-answer service Quora. In her call-to-action pursuit, Chou encouraged tech firms to openly disclose their diversity numbers. Like many tech companies, Pinterest is predominantly white and Asian, with African Americans accounting for just 1% of its workforce. In July, Pinterest went on record with outlining their diversity goals for 2016, which include increasing full-time engineering roles to 30% for women and 8% for underrepresented ethnic minorities. When it comes to non-engineering roles, the company hopes to increase its hiring to 12% of underrepresented minorities.

“We think one reason it’s been so hard to get numbers to change is that companies haven’t stated specific goals,” said Pinterest co-founder Evan Sharp in a blog post. “By sharing these goals publicly, we’re holding ourselves accountable to make meaningful changes to how we approach diversity at Pinterest.”

Applauding the company for their openness, Morgan said that it was Pinterest’s transparency around their goals that attracted her to the company.

“I’ve been working with lots of different companies and industries at Catalyst, and one thing that intrigued me about Pinterest is that they were very open about their diversity goals in terms of hiring and accountability,” says the 32-year-old. “It shows their commitment level, and that’s not something you see at every company.”

With the definition of diversity expanding over the years to include more than just gender and race, Morgan says it’s important to pay close attention to the numbers to ensure that no one is getting left behind.

“It’s really important to go back to the data and look at your metrics and have consistent regular clocking of how women and ethnic minorities are moving throughout the company,” she says. “What kind of jobs are they getting? How are they being promoted? Where are they in leadership?”

Spending the bulk of her professional years at Catalyst, Morgan is now ready to take her diversity and inclusion experience to greater heights and move the needle forward at Pinterest. She will start with the company on Monday, Jan. 11, the day she also celebrates her 33rd birthday.