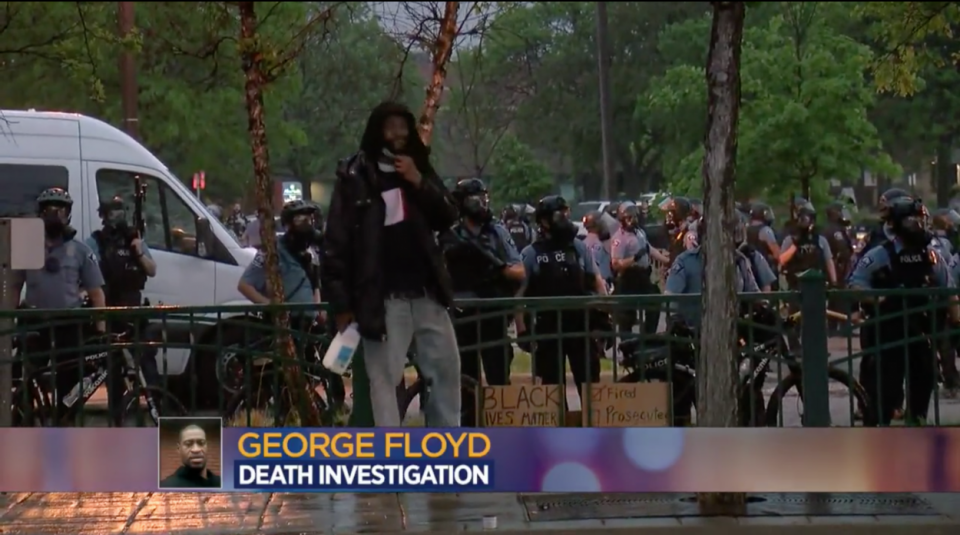 Last night, people took to the streets in Minneapolis to protest the killing of George Floyd, an unarmed black man, who was killed by police officers on Monday. Not long after people gathered, they were met by officers wearing riot gear and reportedly using excessive force and tear gas to disperse protesters. CBS Minnesota was first to share user-generated content from social media and local reporters. When viewing the footage from the scene, Minneapolis resembles Ferguson, Missouri, in 2014 after the shooting death of Michael Brown Jr.

Over the past month, news broke about the shooting deaths of black women and men on a regular basis. In April, two months after the incident, America learned about the death of Ahmaud Arbery. Soon after, Breonna Taylor’s name began to trend on social media as a hashtag after she was killed in her home by a Kentucky police officer. Now, black America, and allies, are responding to the death of Floyd with outrage.

Related: When America Opens Its Doors Again, Will Black People Be Welcomed?

As protests erupt in Minneapolis, people are taking to social media to express their anger and grievances with the killings, brutality, and harassment of black people.

Here’s what people are saying, sharing, and responding to following the news of Floyd’s death:

Minneapolis police officers are by and large white men who live in the suburbs and exurbs. As a whole, they harbor disdain for the city in general, and vitriol for our black and brown residents in particular. https://t.co/xtHGxFJVLW

It’s morning and we need some answers from @MayorFrey about the use of tear gas, flash bombs and rubber bullets by police in Minneapolis last night. Yesterday we welcomed clear talk & swift action in response to the video of the killing of #GeorgeFloyd. We need the same today. https://t.co/G3gyjb5xRx

As America responds to what feels like another open season on black people, it is difficult to gauge what justice will look like for those who have had their lives stolen.