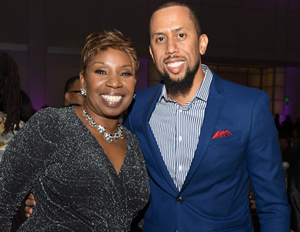 The 46th NAACP Image Awards are set to premiere tonight at 9:00 P.M. Anthony Anderson will host the event, airing on TV One, and the red carpet kicks off at 8 P.M.

Last night, the star-studded occasion began with a gala dinner at the Pasadena Civic Auditorium. We can only assume the festivity was full of merry and laughs, as funny guys Affion Crockett and Chris Spencer were Masters of Ceremonies. During dinner, the 45 non-televised category winners were announced. Some of the NAACP Image Awards 2015Â recipients include:

Outstanding Actor in a Television Movie, Mini-series, or Dramatic Special- Blair Underwood, “The Trip to Bountifulâ€

The remaining ten categories will be revealed tonight during the live show. Tune in at 8:00 P.M to catch your favorite stars grace the red carpet, and stay locked in to see live performances and the winners.

Check out photos of the honorees and celebrity guests on the following pages.