These Natural Haircare Entrepreneurs Turned Down a $400,000 "Shark Tank" Deal 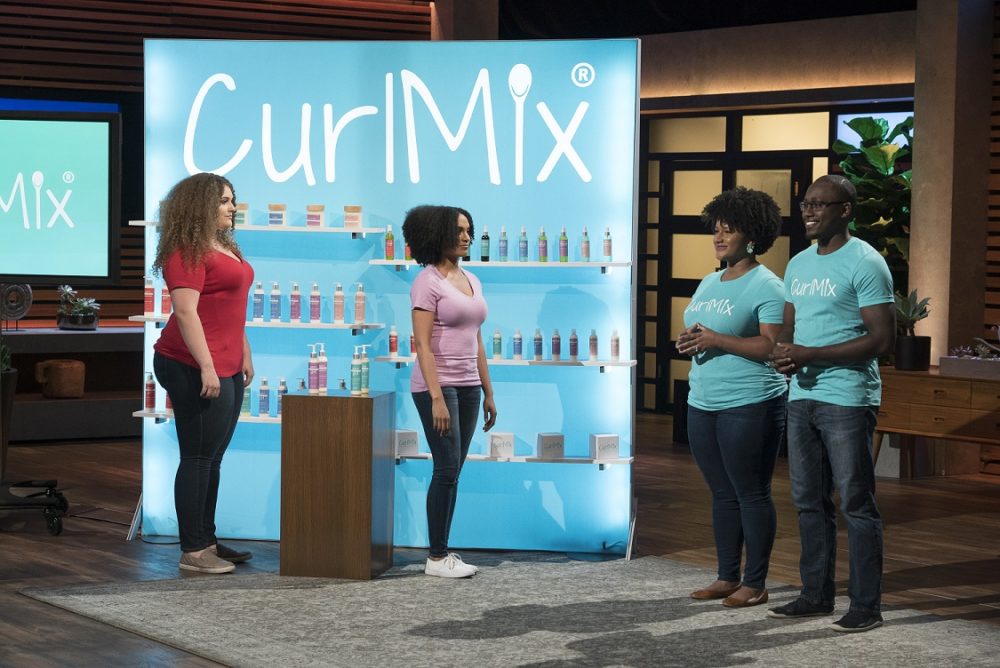 Kim and Tim Lewis, co-founders of CurlMix, a natural haircare brand, share many titles that we can add “prenuer” to. Like couple-preneurs, parent-preneurs, and Millennial entrepreneurs.

The duo are also serial entrepreneurs who have launched successful businesses that have brought them closer together. In fact, Kim Lewis says that their business efforts are doubled along with their invaluable partnership.

“When you have a business partner, you need to be able to trust them like you would in a marriage. You need to be sure that they always have the business’s best interests at heart and will do whatever it takes to make it work.”

“A weak business partner is like being in an unstable marriage; your relationship will be short-lived and unsatisfying, and the same goes for your business. Tim and I like a challenge and always perform better when we get to work on things together. We make each other better, much like the saying, ‘iron sharpens iron,’” says Lewis.

Over the past year and a half, Curl Mix has generated over $1 million in revenue and the Lewises have been able to build community and influence within the natural haircare industry. But with any great business, it experienced trial and error when the Lewises formulated ingredients for their products for a spectrum of natural hair types.

“After two years of making DIY boxes, the Flaxseed Gel was our number one seller, the entire time. It was what people kept coming back for. We tried formulating a stable recipe several times before, but always experienced issues with separation,” says Lewis.

During that process, a trusted adviser challenged her and Tim to figure out what would work best for their brand.

“I spent a month in my kitchen, 7 months pregnant, and made 50 different batches of Flaxseed Gel until we got it just right. I then perfected it over the next few months. Even now, we regularly go back and improve our products based on customer feedback. It’s a constantly evolving process,” she reflects.

Building a million-dollar natural haircare company was no easy feat.

“The first few months we spent validating our idea and getting sales without spending money on paid ads. Once we reached $30K in monthly sales, Tim left his job to come work for CurlMix full-time and that was SCARY! He said, ‘Kim, we’ve got three months and if we can’t make this work, I am going back to work.’ Well, we made it work, but those next six months were super stressful,” she adds.

CurlMix now has a $12 million valuation. As business owners, the Lewises’ accomplishments landed them as prime candidates on ABC’s hit show Shark Tank earlier this year. And they prepared for the opportunity like no other.

“The one thing we did not want to do was embarrass ourselves on national TV, so those four months that we spent preparing for the show was one of the hardest periods in our business. Not only were we growing the business 30% each month, we were raising a new baby, and drilling down on our pitch and questions every night,” says Lewis.

So much so that, “By the time we got to the Sharks we had a few butterflies, but we were confident in our preparation. We prepped like crazy people! In fact, we treated it like finals week in college and binge-watched episodes of Shark Tank, writing down every question they asked, then we turned those into flashcards with answers and follow-ups and drilled each other constantly. On top of that, we must have rewrote our pitch eight times and drilled it until we could say it in our sleep.”

As a result of their preparedness and business acumen, CurlMix successfully pitched the Sharks. But they ultimately turned down Robert Herjavec’s $400,000 offer for 20% of the company. They were firm about not giving up more than 15% of their business.

“Having the conversation about what we were willing to accept the night before pitching was like deciding whether or not to have children. We knew that CurlMix would be huge one day and we treated each percent like a million dollars. It was a hard conversation. It involved numbers, emotions, and a lot of research,” says Lewis.

“We have absolute confidence in ourselves and our vision for our company, so having a Shark on the side would have just been icing on top of the cake. Going into the negotiations we had already discounted our value in order to be more appealing to the Sharks, but to have Robert cut that in half after saying he didn’t know anything about the industry made the decision a no-brainer,” says Lewis.

Just months after appearing on Shark Tank, CurlMix raised a $1.2 million investment round led by the CEO of LinkedIn. Its sales also increased along with interest from other investors. Now the company is setting out to reach its goal of $10 million in sales.

“We knew that we were the secret sauce,” she adds. “Getting a deal would have garnered more temporary sales, but we knew that we would be the drivers for growth in the long run.”