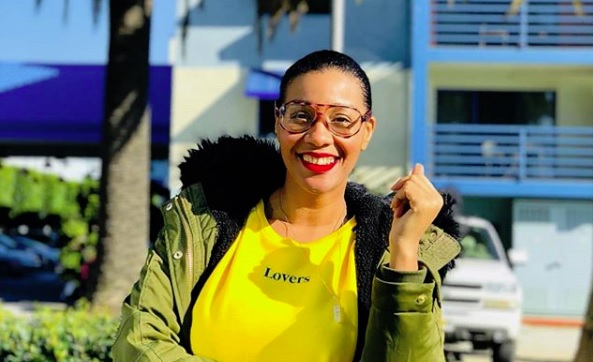 Audacity is defined as the willingness to take bold risks. If the dictionary used an image to illustrate the concept, it might just be a photo of Evita Turquoise Robinson, the 34-year-old founder of Nomadness Travel Tribe and Audacity Fest, which will launch in Oakland, California, on Saturday, Sept.8.

This brand new festival for passionate travelers of color is the brainchild of Robinson, a self-proclaimed “accidental entrepreneur” who built her massive following from scratch in 2011 without much of a plan except to connect with like-minded globetrotters, eager to fill up their passports.

“In starting Nomadness, I knew I was creating community, but I didn’t know I was creating a business,” says Robinson. “I was just trying to create innovative pathways to fun. Nomadness could’ve stayed with the first 100 people and I would’ve been none the wiser. I had no expectation for any of this.”

Part business, part lifestyle, and part cultural movement, Nomadness began with a small invitation-only membership of enthusiasts. All they needed to join was a passport with at least one stamp in it. Their mission, according to nomdnesstv.com, was simple: to “show the world that travel has no racial, gender, religious, economic, or interest limitations.”

Black Enterprise interviewed Robinson back in 2015. Back then, the travel tribe was at about 9,000 members. Today, its nearly 20,000 members (80% of whom are female, Robinson notes) have over 100,000 passport stamps collectively, according to the website, and they claim to inject more than $50 million into the travel industry annually.

Robinson and her tribe spread the gospel of Nomadness not only through their trips and a core of increasingly influential brand ambassadors but through a travel apparel line (nomadnessmerch.com) and The Nomadness Project” web series, co-executive produced by Robinson and Issa Rae.

While Rae and the community Robinson has built clearly get her business, her own personal tribe has had a tougher time. “I’m the black sheep of the family,” she says, laughing. “`So, you’re running around the world with strangers?’ That’s how it computes, but my dad has traveled with us to see what it’s about and my parents are very supportive.”

This weekend, Audacity Fest launches in Oakland with more than 1,000 tribe members ready to party and interact with influential travelistas including Kellee Edwards, host of Travel Channel’s Mysterious Islands, and the only black woman heading a major travel show.

The festival was originally slated for 2019 or ’20, but Robinson’s 2017 keynote at Destinations International, a Montreal gathering of 1,500 board of tourism representatives from around the world, was a game-changer for both Nomadness and Robinson’s personal brand. That one speech made her flush with opportunities that she has made sure not to miss.

But in order to do so, she says she had to “clean house and start over in the middle.”

While a group of friends who were “down for the cause from the start” helped her navigate the early years of building a brand and viable community, Robinson realized that in order to transition into a scalable business, “you have to get your full Avengers team together so that when these big opportunities that you’ve been building toward and hoping for show up, you’re able to grab them and activate.”

In March, after pressing pause to assess what was needed, Robinson let go the majority of her team, which was made up of largely of friends who had been down for the cause from the start. How does one do that? “Delicately,” she says, “and with a lot of patience and compassion, both for others and yourself. You have to handle it with a scalpel and a lot of clarity about where you’re cutting and why you’re cutting so that everyone else is as clear in understanding as you are.”

Within a year, she brought in a new operations manager and social media team, did a killer TED talk, inked a book deal, and pushed the Audacity launch up to further leverage her momentum. They’re audacious moves from an “accidental” entrepreneur whose impressive success is entirely intentional.

What are the guideposts on her roadmap to success? Here are a few:

“If I hear people mumbling about something, they don’t have to call me into a meeting, I’m going to set the meeting and ask what’s going on. People will never be able to look back and say Evita didn’t show up. I’m a leader shows up when it’s pretty, and when it’s shitty.”

Lead, but know how to also be led.

“I wanted to be a VJ and an on-air personality. I had no expectations for any of this. My path has been revealed to me and I followed where it led.”

Let boredom be your guide.

Forget the longterm; be in the now.

“I don’t believe in 3-5-10-year plans. Eighteen to 24-month plans are as far as I go. I think there’s a power and a sense of play in running a business in a way that’s more fluid.”

While Robinson’s brand is centered on travel, financially there is no one center of everything. Having multiple streams of income helps her company stay nimble. “There is never one thing that, if pulled, would make all the dominoes fall. That gives us flexibility that we wouldn’t otherwise have and that I would never want to be without.”

Read, and then read some more.

Wherever Robinson goes, books go with her—the real paper kind, which she insists are worth the weight, even when there’s a 50-pound checked bag limit. She can’t resist memoirs and anything by Malcolm Gladwell or Seth Godin. Her favorite, when forced to choose: The Celestine Prophecy by James Redfield. “It introduced me to the Law of Attraction, which I implemented into my whole life, including business.”