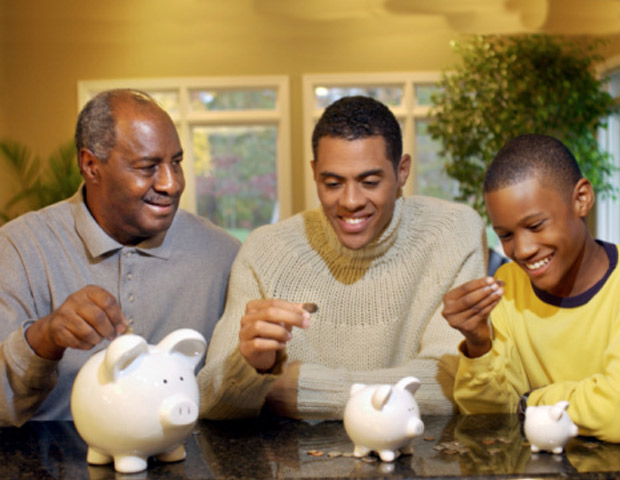 He still rocks leisure suits and hates that "hippity hoppity" music. But you might want to listen to grandpa when it comes to handling money. (Image: ThinkStock)

If you are blessed to still have living relatives who grew up in the ’40s, ’50s and ’60s, it’s likely they are a little confused as to how we can make so much more money than they did, yet always have money problems. You can call it old fashioned, but many of the rules they followed when it came to money could hold the keys to you getting your finances right today. Some examples:

Don’t spend money you don’t have. Previous generations planned their spending around the money they actually had coming in. For example, my mother, who was born in the 1940s, knew exactly how much she expected to spend on groceries every two weeks, practically to the penny.

Don’t borrow money without a real plan for paying it back. Earlier generations did not have the easy access to credit that we take for granted today. They couldn’t even access their own credit reports. As a result, they were less likely to recklessly create debt, for example, by abusing credit cards.

When you have less income or want to save for something extra, you either cut expenses or find a way to make extra money. Borrowing was a last, not first, resort. For example, my mother, a single parent raising four children, often took a second, part-time job every fall in order to afford Christmas presents for our family. Today, too many of us just charge it and forget it, then wonder why our finances are drained by interest payments and fees.

Don’t let your eyes be bigger than your stomach. Remember when your parents warned you against the “see food” diet?: “No, you can’t have that! Just because you see it doesn’t mean you have to eat it.” They knew that consuming everything you have access to is a recipe for gluttony, insatiable greed and poor health. Well the same applies to consumer spending and your financial health. Just because you see it (especially in the possession of another person), doesn’t mean you can afford to have it. To paraphrase the moral of the book Green With Envy by Shira Boss: Keeping up with the Joneses often means following them into debt slavery.

And finally, cash is king. Do I really need to explain this one? Credit is convenient, but it is not meant to be a substitute for cash, and you pay a high price for the instant gratification it delivers.

Yeah, earlier generations of African Americans may have been poor, but at least they knew it and did not take the value of a hard-earned dollar for granted. Moreover, they appreciated financial freedom and loathed being obligated to others by debt. Today, we are happy slaves to debt, convinced that we’re not really broke as long as we have at room on at least one credit card–no matter the cost.

Maybe we got off track when we began accepting the crafted messages and images of the happy families we see in the television commercials over the truth of the experiences of our own, real families. Whatever. It’s long past time we remember that the rules of money never change. To get on the track to new wealth, you may need to go old school.