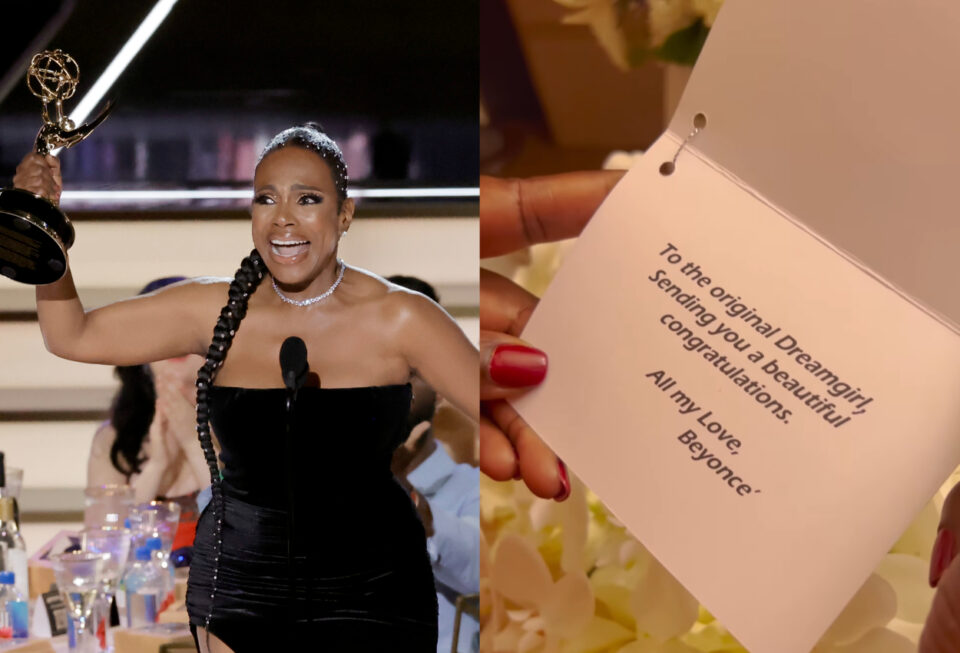 Sheryl Lee Ralph has some friends in high places, and they all agree that her Emmy win deserved all the flowers.

The Abbott Elementary star has been basking in the glow of love and smelling the roses since winning her first-ever Emmy award last week.

Oprah, Beyoncé, and Kid Cudi were among those friends who showered the original Dreamgirl with love.

Oprah, who owns a lush flower garden in Hawaii, is no stranger to gifting flowers in a grand way. This time, the media mogul had an enormous bouquet of pink and white flowers delivered to Ralph’s home.

The heartwarming moment was caught on camera by her son Etienne Maurice, who had to stop recording to help the deliverymen ensure that the flowers didn’t topple over.

“Oprah, you know how to get flowers done, girl. Thank you,” Ralph said directing her gratitude to the camera.

@walkgoodetienneLiterally the biggest bouquet i’ve ever seen in my life. We had to carry it through the back!♬ original sound – Etienne (eh-tee-en) Maurice

But Oprah’s big ole’ bountiful bouquet then made its way to the set of Abbott Elementary, where Ralph was filming and was surprised with the larger than life flowers rolled in on a flatbed cart.

In another clip, the original Dreamgirl was also surprised with an assortment of yellow and white flowers  accompanied with a card from her fellow Dreamgirl Beyoncé. Ralph was so stunned.

The card read: “To the original Dreamgirl. Sending you a beautiful congratulations.”

In response, Ralph captioned the video, “Every one has their own special dream and all your dreams can come true. Just look in the mirror and love what’s in front of you. Thank you @beyonce don’t forget to dream girls!”

Another surprise from Kid Cudi seemingly shocked Ralph’s kids more than her in this clip posted by Maurice.

“Never in my wildest dreams did I ever think one of my favorite artists of all time would be sending flowers to my mom,” Maurice began the caption.

At the 2022 Emmys, Ralph’s powerful speech, which led with the first verse of Dianne Reeves’s 1993 song “Endangered Species,” was a moment to watch.

Black Hollywood and beyond is definitely rooting for this legend.