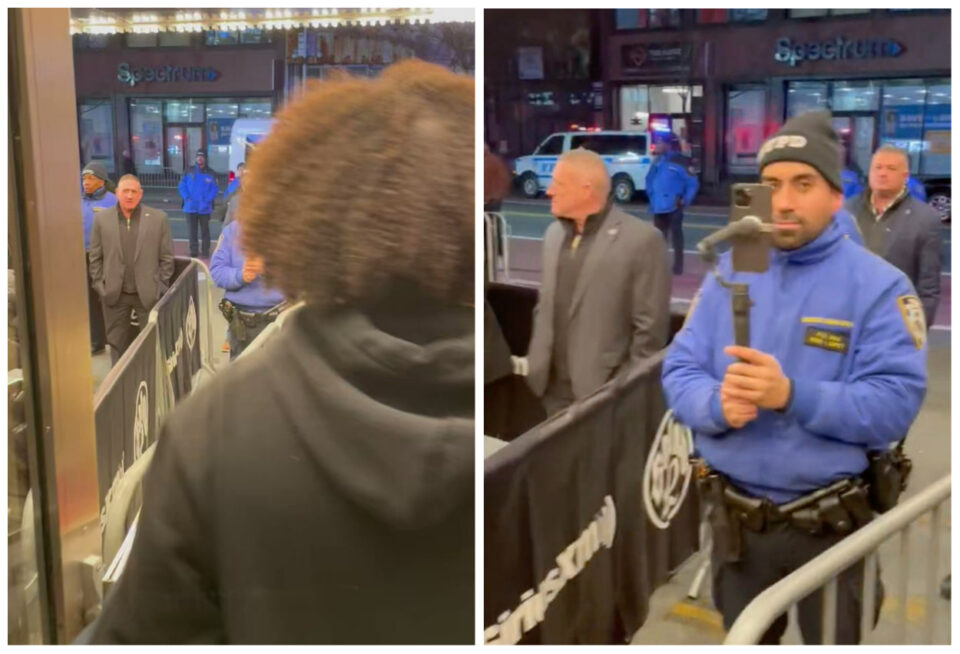 Enjoying a concert shouldn’t be considered a crime. Fans of rapper Drake got the feeling they were doing something wrong while leaving his show at the famous Apollo Theatre.

The New York Police Department was seen filming audience members leaving the show, raising concerns about what exactly is being done with the footage. New York Times music writer and attendee of the concert, Jon Caramanica, tweeted his own footage, catching the police activity red-handed.

NYPD made a statement assuring those on film that footage, filmed by a local precinct, would be used for social media posts on local events.

” The department said, “The video will not be utilized for any other reason,” according to CBS News. However, privacy groups aren’t so sure about it.

Being surveilled without consent, the New York City-based group feels the footage will be used for face recognition practices and wants the tape destroyed.

Privacy complaints made it to the office of New York City Mayor Eric Adams.

Adams, who a source says is a fan of facial recognition practices, praised the decision of the Harlem precinct, calling the idea “creative.”

“And I encourage all of my commanding officers to be creative on how we engage with our residents,” Adams said at a press conference. “That was a safe event.”

NYPD has been openly criticized for its surveillance practices since 9/11. They also have been accused of keeping closer eyes on members of the hip-hop community.

The department was exposed by the NY Post in 2019 for operating what was called Enterprise Operations Unit, or the Rap Unit, after an incident occurred during a Remy Ma concert. The unit allegedly assigned officers to write up weekly entertainment reports regarding scheduled hip-hop shows at clubs. The reports would show if each show posed a threat for low, medium, or high-risk violence.