Want a Productive Team? Then Be an Effective Leader 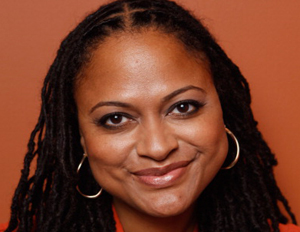 If you’re in the Army, Navy, Marine Corps, or Air Force, as a subordinate your duties toward your leaders are pretty clear. If your commanding officer gives you a lawful order, you do it. You don’t question it; you don’t whine about it, you don’t do it halfway because you’re not in the mood. You say “Yes, sir” or “Yes, ma’am” and you execute the order. This is because on the battlefield, a lightning-fast chain of command is essential. Officers give orders and soldiers obey them.

In the military, soldiers sign contracts for their services. They can’t just quit. They are contractually obligated to serve, even if it means putting their lives on the line. The consequences for failing to carry out an order can be severe.

In business, the relationship between the boss and his or her subordinates is much more nuanced. No one is compelled to work for a company. Employees have the free choice to quit and go work for another company. There is nothing binding them to their employer other than the fear that they won’t be able to get as good a position somewhere else—and in the current labor market where the national unemployment rate is lower than 5%, changing jobs is very easy to do. Nowadays, qualified employees hold the cards, and employers must compete for their services.

What does this mean for you, the CEO or owner of a business? It means that you cannot approach leadership the way they do in the military. You cannot simply issue orders and expect them to be obeyed. You’ve got to be much better at earning your team’s loyalty and unwavering commitment.

Here’s a story from my own life that illustrates my point. It was a life lesson that, in retrospect, I am very grateful to have learned.

My Early Attempt at Leadership

In the fall of 1997, I was a junior at the University of Texas at Austin. Wanting to become a part of a dynamic campus organization, I joined Alpha Phi Alpha Fraternity. One of the things that attracted me to this organization was its members’ commitment to service and program diversity. Being an Alpha truly challenged me to learn how to work with others on a team, and our fraternity was largely relationally driven, which at that time was not my strong suit.

At that point in my life, I had not yet learned about Hippocrates’s personality profiles—the ancient categorization of human emotional states as being sanguine, melancholic, choleric, or phlegmatic—and I assumed that everyone thought and operated the same way that I did.

I couldn’t have been more wrong on that point.

As we worked together on various projects, right off the bat it seemed to me that my frat brothers didn’t “get it.” They seemed to operate on their own timetables and with their own priorities. As a result of my inability to work with people effectively (or, from my perspective, their inexplicable inability to work with me), I began to have run-ins with the older frat brothers. It never dawned on me that this was one of my leadership blind spots. I just thought it was a clash of personalities.

Here’s a good example. On Friday nights we had a recurring social event. It was to begin at 10 o’clock. The unspoken rule was that the brothers were to arrive an hour ahead of time to set it up. Too many times I’d dutifully show up at nine and no one else would be there. Everyone else would stroll in late, sometimes just minutes before the event started. This didn’t work for me. In fact, it drove me crazy.

So naturally, when my frat brothers would finally arrive, the first thing I’d do was tear into them for being late. After I’d finished my punctuality lecture, I’d give them their assignments, dismiss them, and expect them to joyfully carry out their orders. It was just as if I were an Army drill sergeant. From my perspective, you knew the rules, and if you broke the rules you deserved a punishment.

If you haven’t figured it out yet, I am naturally a choleric personality (short-tempered, quick, and irritable), with a lot of melancholy tendencies (analytical, wise, and quiet). My melancholy personality saw black and white, right and wrong; there was no gray. Needless to say, I was not nominated for the award of Most Fraternal Brother. Nor was I very effective as a leader within the organization. This was because my brothers did not like me. They categorized me as un-fraternal because I was more into rules than being social or relational. I thought that being all about TCB—”taking care of business”—would make me an exceptional leader. I had a lot to learn.

To my brothers’ lack of cooperation, my initial response was, “To heck with them, I can do it myself.” And that’s exactly what I attempted to do. This is the same approach too many entrepreneurs take. In fact, I’m sure many of my fellow cholerics out there are saying, “Right on, you did the right thing,” or “You were right.” But it’s not about being right or wrong; it’s about being effective, which I was to learn the hard way.

You can’t be effective as a leader if you believe in the philosophy, “If you want something done right, you got to do it yourself!” Trust me, I tried it and it doesn’t work. It’s a faulty belief that’s steeped in ego, fear, and selfishness.

In business, you need to surround yourself with people who are bright and self-motivated. You need to show them the goal—and then you need to step out of the way. Let them figure it out for themselves. Let them own the problem. Help them unleash their enthusiasm and desire to succeed. Celebrate their victories and help them overcome their defeats. And who knows—it’s very possible that your employees could find a better solution than you would have. And that would be a win for everyone.