Sheryl Sandberg: Black women have been leaning in for a long time because there was no choice 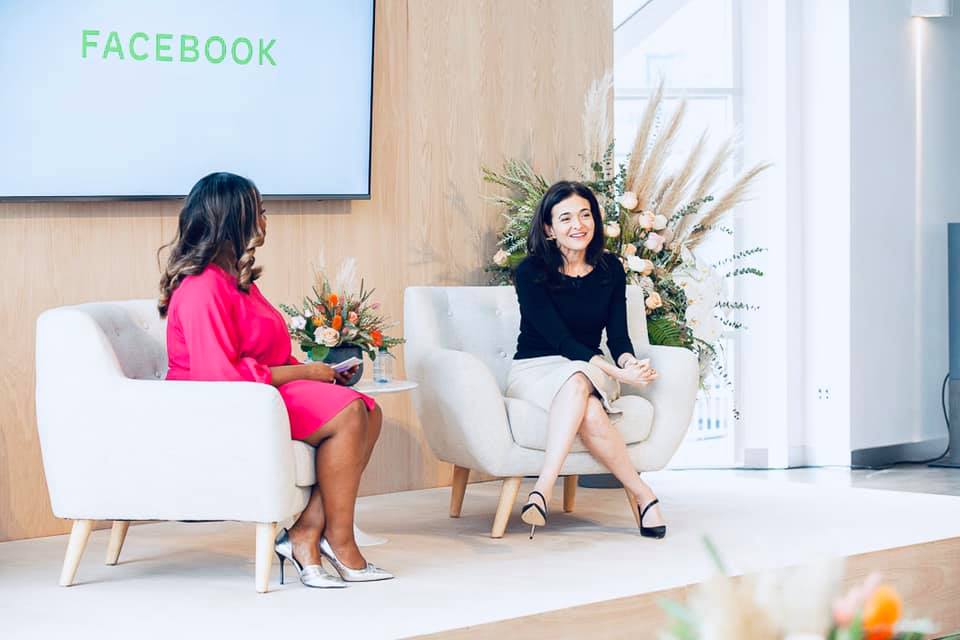 Lydia T. Blanco, Editor at Black Enterprise, and Sheryl Sandberg Facebook, COO of Facebook and CEO of Lean In in conversation about the 2019 Women In The Workplace Report (Image: Facebook)

If you are a woman in corporate America, you are probably familiar with the term, lean in. In 2013, lean in became a business term derived from the book, Lean In, written by Sheryl Sandberg, COO of Facebook and CEO of Lean In. When the book first hit the shelves, it became a hit. Yet over the years, a number of women have been vocal about the lean in methodology not being as effective for all women. Late last year, former first lady Michelle Obama said that it does not work. And other leaders have weighed in on the matter in agreement.

In all of my readings of other perspectives on the practice of leaning in, I realized that no one had a conversation with Sandberg about their ideas, work, or experiences.

Related: Black Women in the Workplace Are Still Finding Their Footing on the Corporate Ladder

During our time together, I asked Sandberg about leaning in, mentorship, allyship, and how women in the workplace can find their voice.

There are a number of women of color, black women in particular, who think that leaning in does not work for them. What is your response to women who think that?

I got persuaded to put my story in. Data comes alive with stories. And there should have been many more stories from people with different backgrounds in the first version of the book. I think that would have solved the problem. One thing that’s super interesting is part of the message of Lean In, and not all of it. Part of it is, let’s make ambition safe for women. Black women are more ambitious.

What I hear is that black women have been leaning in for a long time because there was no [other] choice.

Lean In services women all around the world, is there work that the organization is doing specifically to advance black women in the workplace outside of the data and the stories that are being told?

We go by far the biggest on Black Women’s Equal Pay Day. Equal pay day is a new thing. It took people a long time to figure out that women are paid less than men and it’s 18% for women overall. It’s 38% for black women. From the day of Equal Pay Day, you have to work through  2020 to make the same amount of money a white male makes in 2019. We do a huge push around black women’s equal pay day and I think that really matters.

What charge do you have for white women as it relates to forming allyships?

We [white women with privilege] need to make sure that as women we are trying to raise up all of us. It’s why my foundation does a deep dive on women of color in this data. When we solve the problem, it needs to be not just for white women, but for women of all backgrounds.

What advice do you have for women as they move forward as they climb corporate ladders, as they lean in, and especially find their voice in the workplace?

We have to tell women not to not ask. Ask for promotions, ask for raises, and demand to get paid equally.

I think women should say, ‘Hey, I know the data. And I know you’re probably paying a lot of attention to it—but I’m a woman or I’m a black woman and on average, we get paid 30% less. I want to make sure that you’ve benchmarked my offer to white men in this role. I’m sure you’re doing that. But, if you could double-check that before I accept this job, I would really appreciate that.’