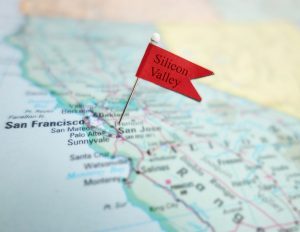 The lack of diversity in the tech industry may be harming more than its overall image. A recent report by the nonprofit Open MIC revealed that a lack of racial diversity often results in lower returns for companies and investors. The report, Breaking the Mold: Investing in Racial Diversity in Tech, also shows that though tech companies are still talking about diversity and inclusion, many still aren’t walking the walk.

The report highlighted that African Americans, Latinos, and Native Americans are underrepresented in tech by 16-to-18 percentage points compared with their presence in the U.S. labor force overall. According to the paper, African Americans and Latinos each comprise just 5.3% of the “Professionals” category in the U.S. tech industry even though they earn nearly 18% of computer science degrees.

Citing an Intel and Dalberg Global Development Advisors study, the nonprofit stressed that the tech sector could generate an additional $300-370 billion each year if the racial and ethnic diversity of tech companies’ workforces reflected that of the talent pool.

“In a country with a population growing more diverse each day, the U.S. tech community remains a bastion of white, male privilege that has largely excluded people of color,” said Michael Connor, executive director of Open MIC, in a press release about the report. “Given the growing social, political and economic influence of tech companies, the lack of diversity in the sector has implications that extend far beyond the industry itself.”

The report also touched on other recent studies, which it says presents, “compelling evidenceâ€ that a more diverse tech industry could translate into stronger financial performances for companies. For example, a cited McKinsey & Co. report found that companies in the top quartile in terms of racial diversity are 35% more likely to have higher financial returns than the national median in their industry.

Open MIC is calling on investors to play a larger role in creating a more racially diverse tech sector that would translate into stronger financial performances for companies.

“Investors are beginning to wake up to the diversity problem that has plagued the tech industry for so many decades,” said Tony Maldonado, an Apple shareholder who, for two years in a row, has submitted a proposal asking the company to implement an accelerated recruitment policy that would require Apple to increase the diversity of senior management and its board of directors. “A lack of diversity not only shapes the culture and future of the company but hurts its bottom line and has larger long-term ripple effects given how embedded technology is in our daily lives,” said Maldonado in the press release.

The paper cited another study by Intel that found that over the past five years, various tech companies and organizations have pledged to spend $1.2 billion on diversity programs. Often, those investments came in the form of money and resources poured into diversifying tech talent pipeline programs at nonprofits and universities. Many companies have also implemented staff training in unconscious bias, as well as employee affinity groups based on race, ethnicity, gender, sexuality, or physical ability. But the report stressed that while these are all worthwhile activities, additional efforts are needed to see real change.

It noted that over the past 15 years, racial and ethnic minorities have seen their employment numbers in this sector increase by only 1 to 2 percentage points, or what the paper called “scant progress.â€ Toward the top of the ladder, the report found that only 2% of tech executives are black and 3% are Latino.

The disparity is even more glaring for women of color. According to the National Center for Women & Information Technology, women hold 25% of all computing jobs, yet black women hold only 3% percent and Latinas, 1% of those jobs.

The paper also found a huge gap in compensation. Culling data from the American Institute for Economic Research stating that in 2014, people of color were paid less than white people for the same tech jobs, Open MIC stressed that while the industry often points to the need to diversify talent pipelines, the research suggests this isn’t the only issue.

The challenges are also steep among people of color who do enter the industry: many report isolation, discrimination, and toxic work environments that prompt them to take their talent elsewhere. According to the paper, people of color leave tech jobs at a rate of more than 3.5 times that of white men.

The nonprofit is also asking that tech companies seriously re-evaluate how they address their D&I shortcomings. It suggests that one way could be by showcasing more workforce data transparency and fostering more diversity at top levels to ensure that products and services meet the needs of an ever-increasing diverse consumer base.

“As with any other business challenges, tracking a comprehensive set of metrics can help companies understand whether the efforts in place to address the problem are working, and where additional efforts are needed,” the press release stated.

Another suggestion is to link executive compensation and employee incentives to the achievement of goals related to increasing racial diversity as one way of instilling accountability.