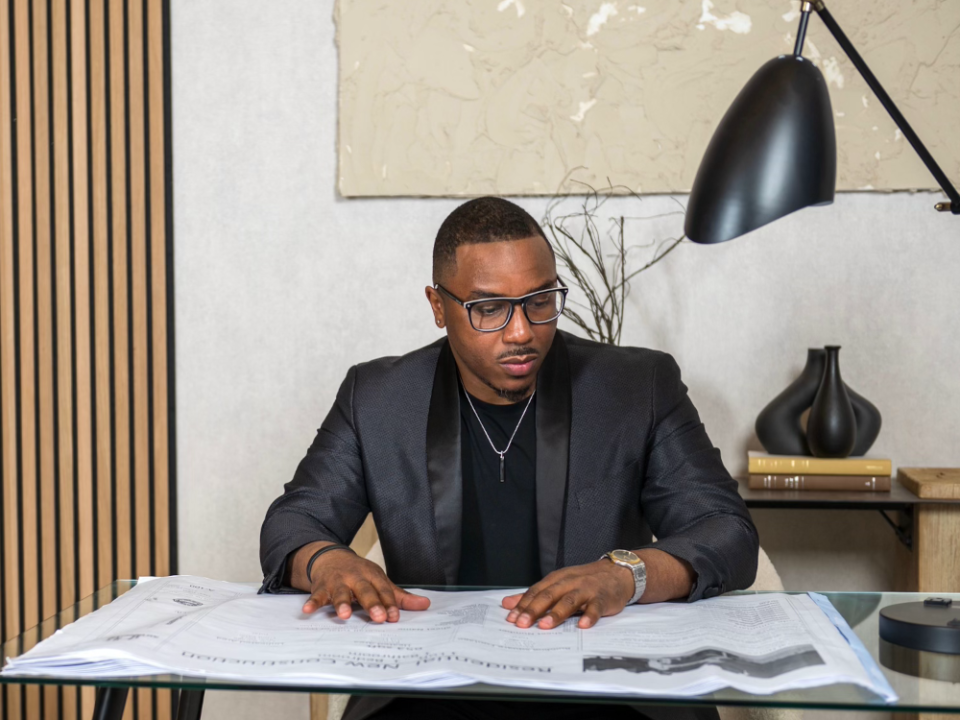 Starting his minority real estate development career in 2017, Booker has developed, fixed, and flipped, single-family new constructions and multi-unit developments within the Greater Atlanta area. His success grew into the founding of Techie Homes Inc.

Techie Homes‘s vision is to develop obtainable real estate at a value to all home buyers through innovation, technology, community, and purpose.

BLACK ENTERPRISE had the opportunity to discuss the micro home market, its impact on African Americans, and advice for real estate entrepreneurs.

How did you get your start in the tiny home development space?

Over five years ago, I began my career as a real estate investor. While working on strategies to increase the value of homes, I started building accessory dwelling units in the backyard. Being under 1,000 sq. ft., they were considered micro/tiny homes. As I continued to build micro homes for clients and other investors, I developed plans for a community concept to require local city zoning ordinances. My background working with a sustainable energy company provided solutions for sustainable and energy-efficient innovations in the homes.

What is the market outlook?

In Atlanta and other major urban cities, average home prices have soared more than 15% annually over the last couple of years. Within the micro home market, sales of homes under 1,000 sq. ft. have increased by over 60% since 2017. Of those micro home sales, over 35% own the home outright. The micro-home market provides a product for homeownership that has long been an issue for African Americans. In recent years, Black Americans have seen a decline in overall net worth and homeownership, although homeownership has declined overall in Atlanta from its high in 2000 to 2010 of 75%. The pandemic has highlighted the necessity of space, cost, and abundant living in unconventional forms. Techie Homes provides a product that can be affordable in urban markets in the high 100s to mid 200s price point.

How do you see tiny homes’ impact on African Americans’ homeownership?

Where do you see tiny home development in the five years?

Micro Homes sales have steadily increased each year since 2017. However, Techie Homes focuses on bringing Micro Homes closer to urban markets, which is different. Tiny Homes have been in more western, rural, or Midwestern markets. However, micro homes will be in demand as inflation grows, incomes slow, and job competitiveness increases as more generations of college graduates collide with older generations still in the workforce.

What advice do you have for entrepreneurs and real estate investors?

My advice to entrepreneurs and real estate investors would be to leverage collaboration to bring value to the market instead of the sole focus being on margins. The strategic focus for real estate investors to incorporate “Build to Rent,” multifamily rental density and other forms of non-homeownership, eventually cripples the market of eligible homebuyers. There is a direct impact on African Americans, given we are the largest demographic per capita that rents housing, but we densely populate urban centers. It’s a self-preservation strategy depleting the strength of African Americans in homeownership to reverse the trend.