The Sneaker Industry Raked in $70 Billion in Sales, But Black Retailers Did Not Gain Much 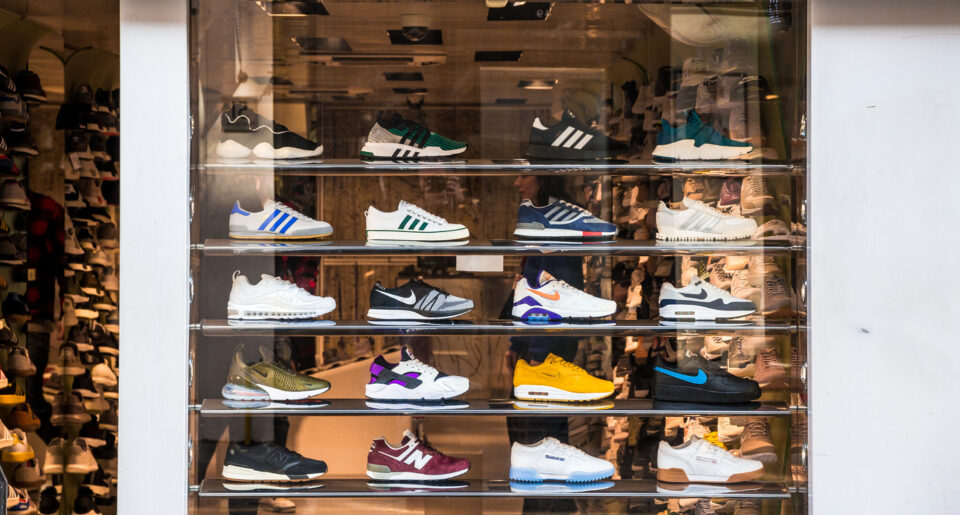 Fixated with gym shoes, Black Americans contributed heavily to making buying sneakers a $70 billion business. Yet, not many Black merchants are profiting from the windfall profits, raising big-time questions as to why not.

The circumstance is perhaps more perplexing with the global sneaker market revenue expected to hit $102 billion by 2025, up from $70 billion last year, based on data from market researcher Statista.

Nike, along with Adidas, and Puma were the most popular choices.  Nike alone pulled in $24 billion in U.S. footwear sales in 2020—which is more than Adidas and Puma combined.

“Our brand would not be what it is today without the powerful contributions of Black athletes and Black culture,” Nike President and CEO John Donahue said, according to NBC News. But many industry participants are bothered that roughly only 5% of sneaker retailers in America are Black.

“It’s a white boys’ club, like most things,” said James Whitner, a successful Black entrepreneur with boutique apparel and sneakers stores in several cities. “There are people aware of it, but their privilege doesn’t force them to have to change it.”

Whitner’s business has risen from an apparel and sneaker shop in Charlotte, NC, to several boutiques throughout the East Coast for his company, The Whitney Group, NBC News reported.

“My saving grace was I had a good ecosystem of a few Black people who taught me the ropes,” he said. “But on the other side are white gatekeepers who are keeping us out.”

While there are no official records for the number of Black-owned independent sneaker retail stores, Whitner said he knew them all and counted 18—including three in Europe. “That’s it.”

But lack of capital could be among the barriers for the shortage of Black sneakers retailers, observers say,

“Resources are required to be successful,” Whitner said. “And not many of us have the resources or the business savvy, or the understanding of what it takes to actually win in this industry. Starting when you’re disadvantaged is hard.”

Black entrepreneur Isom Lowman, who reportedly once owned 22 Athlete’s Foot stores, has since bought and sold several of them, bringing his total to nine. Lowman said acquiring a retail space now, however, is more difficult for Black people than it was two decades ago. Nike plays a huge role because of its universal popularity, he said. It alone can determine a store’s profitability and existence.

(Nike did not respond to requests from NBC News for comment.)

Darius Billings, a senior director of product and marketing for the Athletes’ Foot, said he was inspired by a talk with family and friends during the Black Lives Matter-led social justice movement last year to consider how his company could be a factor in bridging racial inequities.

This past spring, he launched the Strategic African American Retail Track or StAART. The program is geared to address Lowman’s and Whitner’s points about helping create pathways for Black entrepreneurs to become retail store owners. Among its efforts, StAART recruits and supports Black entrepreneurs in the sneaker business by helping them clear the traditional barriers Black potential business owners face.