Women of Power: Boss Women Giving Back to the Community 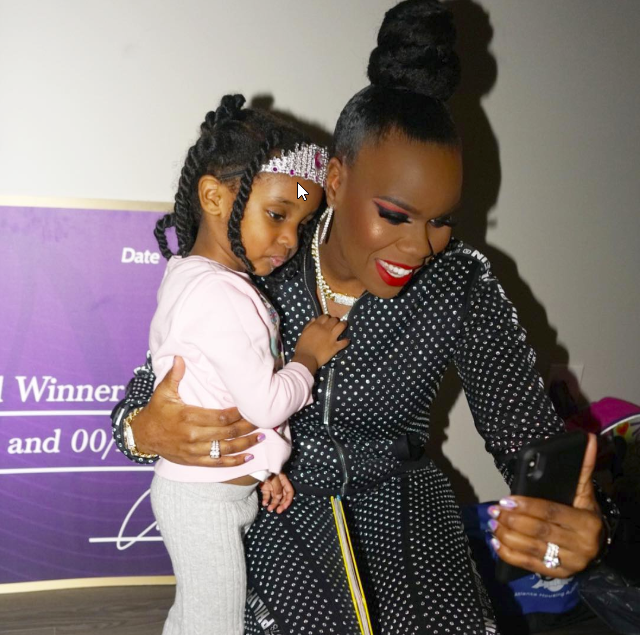 Courtney Adeleye posing with a member of her community (Photo: Instagram)

Before the year ends, we have to highlight a few boss women who made 2018 an unforgettable year, for everyday people who needed a helping hand. That’s right; we’ve had our eyes on these business owners and entrepreneurs who committed random and generous acts of kindness!

First up, we’d like to spotlight Courtney Adeleye who is the founder and CEO of The Mane Choice. When it comes to giving back, Adeleye does not play it small. In November, she was featured in MassMutual’s holiday commercial as a part of their “Live Mutual” campaign which featured local heroes who exemplified what they called the spirit of “living mutual” by lending a helping hand to strangers and friends.

One of Adeleye selfless acts — buying her daughter’s teacher a new car after finding out her commute to and from work was over four hours a day by public transportation — was featured in MassMutual’s “The Unsung” campaign. Can you imagine stepping in and showing up for someone in that way? It has to be an unspeakable feeling!

Take a look for yourself.

And the giving didn’t stop there. She recently gave a single mother in Atlanta $20,000 as a part of her “Heart of Gold Giveaway”.

Giving back is what you do when you make boss moves!

[Related: 4 Reasons Giving Back Can Benefit Your Career]

On December 16th, the businesswomen partnered to host the first annual #NolaChristmas toy giveaway at the Mercedes Benz Superdome which broke the Guinness World Record for collecting 5,019 toys in one hour. The previous record belonged to someone in Hong Kong in which they collected 3,000 toys in an hour.

Just a month ago, Steward’s business made major headlines when it profited a million dollars in sales during Black Friday!

Black women never fail to blow our minds! If you know of someone doing great things in their community, be sure to let us know.

Register now for the Women of Power event, Feb 28 -March 3 at The Mirage, Las Vegas!