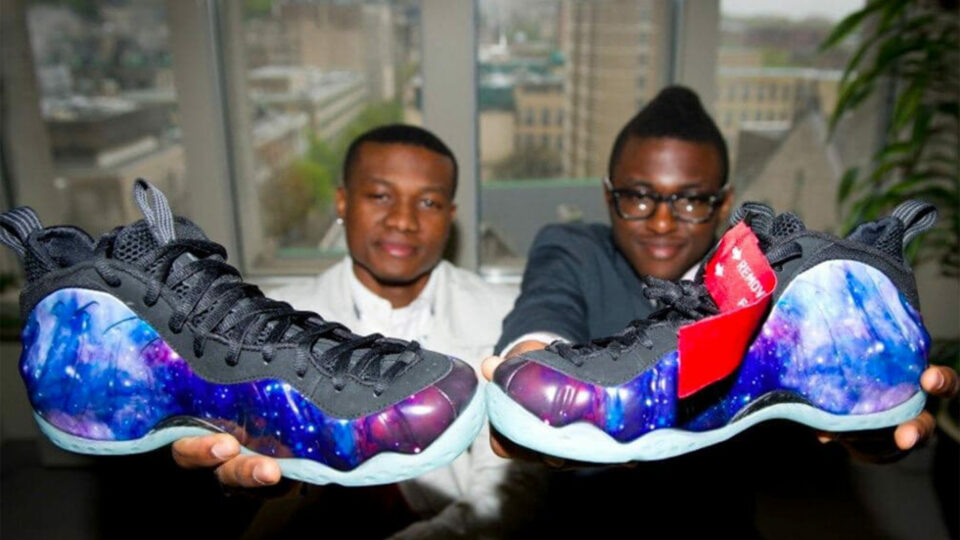 Inspired by sneaker culture and driven by injustice, Montreal-based brothers Kevin and Thierry Mofo are launching their first NFT sneaker, minted on the Ethereum blockchain and set to be auctioned.

The origin story behind the NFT sneaker is deeply embedded in the duo’s brand, Soles For Justice. Back in 2012, Nike released the highly anticipated Air Foamposite Galaxy 1 to coincide with the NBA All-Star Game. The limited-edition shoes, made popular by the legendary former NBA player Penny Hardaway, were in high demand and prompted the Mofo brothers to jump on the opportunity.

The pair advertised the shoes on eBay before purchasing them the following day for $280 plus tax, CBC News previously reported in 2018. After waiting 30 hours at a Montreal store, they were shocked to later see the bids increase from $50,000 to maxing out with a bid of $98,000.

However, eBay suspected fraudulence. Quebec’s Superior Court Judge ordered eBay to pay the Mofo brothers $86,700 in damages, but the award was a short-lived victory. eBay appealed, and the Court of Appeal ruled the auction site was justified in canceling the sale in order to protect the security of its customers.

Today, Kevin and Thierry are on a mission to raise awareness of user agreement policies on platforms and spark conversations about the control of eCommerce and big tech. Soles For Justice, as a brand and initiative, stands to ensure that digital creators, startups, and innovators are better taken care of.

“Consumers need to begin reading between the lines and understand the importance of user agreements taking space on these technology platforms. We now live in a world where the most valuable resource is the [in]tangible digital space. It’s our data, and we urge everyone to learn its use,” the brothers told Afro Tech.

The general mint of the NFT sneaker began on February 28. According to AfroTech, the NFT sneaker can be reclaimed for an original pair of Nike Air Foamposite One Galaxy in size 10, which was purchased back in 2012. It will come brand new with its special glow-in-the-dark features. You can find further information on  OpenSea.

“These sneakers symbolize change, and we pursued litigation against eBay to make a statement rather than earn any profits,” the Mofo brothers said. “We weren’t rich, but we dared to stand up for our rights. We want consumers to be made aware of terms on digital platforms and for these tech giants to take better care of their users.”