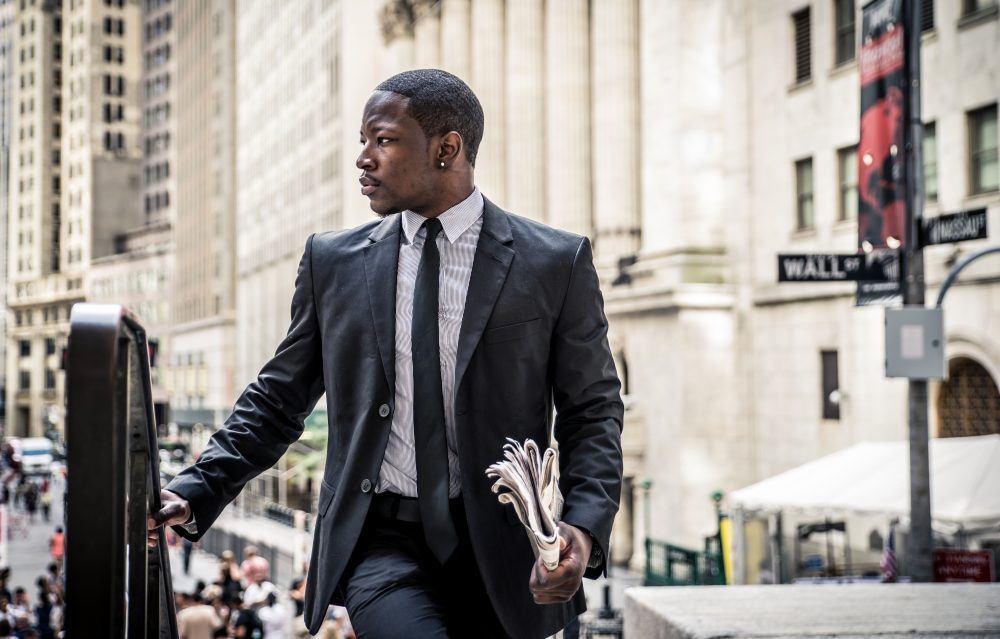 This year, BLACK ENTERPRISE celebrates the 45th anniversary of its roster of the nation’s largest black-owned businesses—the BE 100s. To commemorate the significance of this collective’s widespread impact on black business and economic development as well as American industry over four decades, we have presented 45 milestones moments. As part of this tribute, we continue our yearlong countdown.

Today we reveal No. 25 in the web series “Great Moments in Black Business.”

2012: BE 100s investment banks CastleOak Securities, Loop Capital, and Williams Capital serve as some of the underwriters for the $104 billion Facebook IPO.

When Facebook set the price for its initial public offering at $38 a share five years ago, that provided the social networking powerhouse a valuation of $104 billion—at the time, making Facebook the largest U.S. company based on market value.

Five BE 100s firms—CastleOak Securities, Loop Capital, M.R. Beal & Co., Williams Capital, and Blaylock Robert Van—were invited to the dance. They were among investment banks that Facebook requested to take part in the historic transaction, according to BLACK ENTERPRISE reports. Prior to that offering, the last high-profile transaction of a Silicon Valley company had been the $2.7 billion IPO of Google—now renamed Alphabet Inc.—in 2002 with Blaylock Partners, one of the leading black investment banks at the time, serving as co-manager.

The deal was colossal as Facebook was among the most-hyped IPOs of all time. It listed on May 1, 2012, raising just over $16 billion. Yet the offering was impaired with trading issues and questionable information-sharing accusations. Still, it became one of the largest technology IPOs in American history.

Investment banks entered the game when they were among 25 additional underwriters asked to participate in the IPO about a month after an initial list of book runners were named. They included J.P. Morgan, Goldman Sachs, Bank of America Merrill Lynch and Barclays Capital. All told, there were 33 underwriters, according to ZDNet.

Facebook’s bid to minority and women-owned investment banks succeeded similar actions taken by General Motors and Goldman Sachs Group Inc. during their own IPOs. “Wall Street tries to do what looks good on high-profile IPOs, and it will not go unnoticed that Facebook has chosen to bring in minority underwriters,” says Scott Sweet, senior managing partner at IPO Boutique. “It’s not going to make or break the deal, but it will show that they’re not nonchalant about the opportunities that smaller firms can offer distribution-wise.”

Yet with Facebook and other IPOs, diverse firms only landed book runner positions. In contrast, their large Wall Street counterparts were recruited for the more lucrative lead spots.

Reuters reported in 2010 that Rep. Maxine Waters, D-California, disputed General Motors’ decision not to include any underwriters from minority- or women-owned financial institutions. The massive Detroit automaker ultimately added some diverse banks as underwriters, including Chicago-based Loop Capital and CastleOak Securities, both of which have been named BLACK ENTERPRISE Financial Company of the Year in recent years for their stellar long-term performance.

Two years after the Facebook IPO, the Rev. Jesse Jackson said at the 17th Annual Wall Street Project Economic Summit that it’s crucial that corporations stop locking out minorities on corporate boards and financial transactions. The civil rights leader founded the Wall Street Project in 1996 with the Citizenship Education Fund.

He emphasized that while a handful of minority firms were involved in Facebook’s IPO, they only collected less than 1% of the investment banking fees.

The Facebook IPO and Jackson’s actions, in part, served as catalysts for more BE 100s black investment banks to become involved in transactions with other iconic tech companies. Among the most notable: The participation of Loop Capital and Williams Capital in Hewlett-Packard’s $15 billion offering in 2015, enabling it to split into two companies, HP Inc. and Hewlett Packard Enterprise; Loop Capital and CastleOak Securities serving as co-managers in a three-tranche, $3.5 billion bond offering of Apple. Inc. in 2016; and this year Williams Capital’s inclusion in the underwriting pool of the $28 billion IPO of Snap Inc., the parent company of the mobile app Snapchat—the firm, however, represented only one of two minority firms involved in the transaction.

Loop Capital’s Chairman and CEO James R. Reynolds told BE of such transactions: “For corporate finance, Silicon Valley is one of the biggest things that’s out there right now. Apple, Hewlett-Packard, Google, Uber…that is a frontier that’s huge.”