In Case You Missed It: The Young, Black and Petty Edition 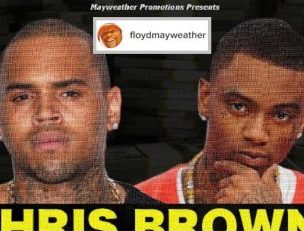 Did you miss all of the pettiness that was circulating Black Twitter this week? Were you able to catch each clap back between Chris Brown and Soulja Boy? Well, just in case you didn’t catch the shade the first time around, here’s a round-up of all the drama that’s been going down on social media.

A Timeline of Their Beef

We can thank Chris Brown and Soulja Boy for starting the first celebrity feud of 2017, which–of course–started over something petty! Complex has done a great job of chronicling the social media beef between the two artists, which began after Soulja Boy left flirtatiousÂ emojis under a photo posted on Instagram of Brown’s ex-girlfriend, Kaurreche Tran. Apparently, the beef has since escalatedÂ  into a celebrityÂ boxing match scheduled to take place later this month.

Did Meek Mill Just Throw Shade at Ex-Girlfriend Nicki Minaj? See the Cryptic Post Before It Was Deleted

We all know that break ups can be tough, but it can be even harder when your bitter, scorned ex starts to get petty. That’s what happened after Nicki confirmed on Twitter that she and Meek Mill ended their nearly two-yearÂ relationship. In response to the announcement, the Philadelphia rapper threw some shady shots at a pair of sneakers that Nicki wore in Ciara’s “I’m Out” video. According to The Shade Room and E! Online, Meek posted a picture of the same sneakers on Instragram, along with a caption that read, “If you walk out don’t wear these they [sic] wack.” That’s just petty!

Despite rumors that Drake and Jennifer Lopez are now a “thing,” it’s been reported that the “One Dance” rapper took verbal shots atÂ his former ex-girlfriend, Rihanna, while partying with J.Lo at the same club on New Year’s Eve.

Earlier this week, Wale released a new record that fired shots at conservative commentator Tomi Lahren. However, rather than getting upset over his lyrics, Tomi had more of an issue with the fact that Wale had mispronouncedÂ her name in the song, tweeting:

So if you’re gonna put someone in a song…diss ’em.. perhaps get their fricken name right next time @Wale

But, the petty didn’t stop there. Wale’s response incited scores of folks to intentionally tweet Tomi with the wrong name, referring to her as “Tina,” “Tammy,” “Tracy,” “Tiffanies,” and so on.

Here’s What Happened When Yahoo! Finance Tweeted, ‘Trump Wants a Much N—ger Navy’

Last, but certainly not least, on Thursday, Black Twitter exploded with innovative, comedic, and creative clap backs after Yahoo! Finance made the grave mistake of tweeting that Donald “Trump Wants a Much N—er Navy.”