Despite Political and Financial Challenges, the Country's Largest Black-Owned Businesses Thrive in 2019 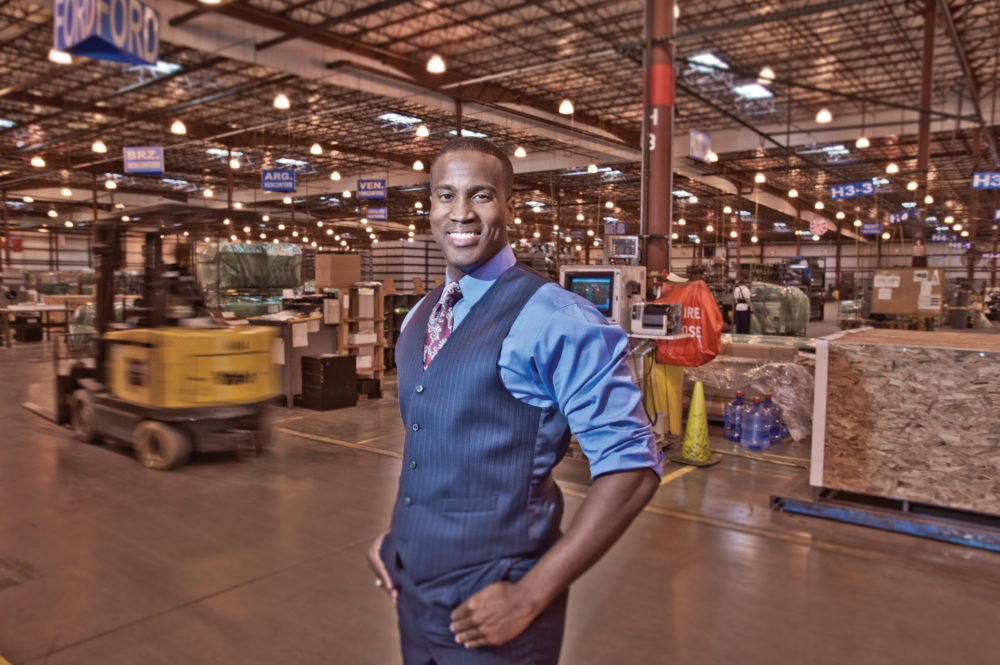 The BE 100s—BLACK ENTERPRISE’s annual listing of the nation’s largest black-owned businesses—are engaging in the same tech transformations and generational shifts that have marked today’s changing business landscape.

Take the developments among the top 100 companies on the list. A transaction led by Eric Kelly, the Silicon Valley heavyweight that BLACK ENTERPRISE has identified as one of the top tech influencers, last year  resulted in the emergence of a strong newcomer to the roster. Through a management-led buyout, Kelly acquired Overland Tandberg from Sphere3D, a publicly traded NASDAQ company. The San Jose, California-based data management and protection powerhouse has made its debut on the 2019 TOP 100 at No. 56 with $67 million in revenues. Another tech innovator, San Francisco-based online legal services trailblazer Rocket Lawyer (No. 60 on the TOP 100 with $60 million in revenues), has launched a new product called Rocket Wallet that uses blockchain applications for contract execution.

Both companies represent the rising number of technology companies powering the BE 100s. Their presence also signals multiple trends that are reshaping the industrial and managerial configuration of the nation’s largest black-owned businesses. Many TOP 100 firms produced solid revenue growth. Others, however, proved less fortunate, wrestling with issues such as diminished cash flow, eroding market share, and tougher competition. Yet most have displayed canny resilience to succeed in an increasingly unpredictable environment.

In other words, the BE 100s continue to demonstrate forward momentum.

The next generation of entrepreneurial leadership has also become apparent. That is evident with the recent changes at BE 100s mainstays like James Group International in Detroit and C.D. Moody Construction in Atlanta. Another trend has less to do with the bottom line rather than a much-needed focus on community advancement and managerial pipeline development. There has been “a tremendous rise” in impact investing among black businesses, asserts Kenneth L. Harris, president and CEO of the 119-year-old National Business League. A notable example: Robert F. Smith, founder, chairman, and CEO of Vista Equity Partners (No. 1 on the BE PRIVATE EQUITY FIRMS  list with $46 billion in capital under management), recently pledged to pay off student loans for Morehouse College’s 2019 graduating class, a gift estimated at $40 million. Harris says Smith also announced a new paid internship program for students of color, InternX, which will guarantee paid internships in STEM fields for 1,000 ethnically underrepresented students.

“Black CEOs and business owners are finding innovative, but measurable ways to make a significant impact in their communities by giving to causes that will make it much easier for the next generation to succeed,” Harris says.

Despite the strong economy, the decline of black auto dealers continues. There were 266 minority dealers in 2018, down from 270 in 2017, reports the National Association of Minority Automobile Dealers (NAMAD), the nation’s largest minority dealership group.

The drop came largely as more dealers suffered from serious cash flow problems or received lucrative offers that made it advantageous for them to sell their franchises, says NAMAD President Damon Lester.

A major challenge for black dealers has been one that has throttled the entire industry: President Trump’s ongoing tariff campaign. Lester says dealers are paying more for cars now than a year or two ago because Trump’s tariffs have increased the costs of imported goods and parts used to make vehicles. And if Trump’s proposed 25% tariff on imported goods to the U.S. is levied this year, Lester estimates it could boost the cost of a vehicle by $2,000 to $5,000—a major blow for black dealers. “That could result in lower revenue generation and lower sales from people cutting back on wanting to buy cars or trucks,” Lester maintains. “The Trump thing is real, no joke and very serious.”

Another trend: Manufacturers’ are offering incentives to get dealers to buy more vehicles. Lester says that stimulus is causing many black dealers to take on extra inventory.

Lester is concerned by these developments because of their disproportionate impact on minority dealers. The reason: Black dealers are smaller and often can’t absorb higher costs to pay for the increased inventory unlike mainstream dealers with multiple franchises and generational wealth. “Minority dealers are starting to see a downturn now because of these trends,” he says.

FINANCIAL SERVICES: A YEAR OF PEAKS AND VALLEYS

The financial services companies have experienced it all this year, they’ve reached the apogee of peaks and fallen to the depths of valleys. For example, The Harbor Bank of Maryland and Liberty Bank and Trust Co. are working with JPMorgan Chase & Co. as part of The Financial Agent Mentor Protégé Program sponsored by the U.S. Department of the Treasury. Black investment banks, coping with the impact of new tax laws, have employed diversification to advance institutional growth. However, some investment banks showed great strength and phenomenal growth in corporate equity and debt offerings as well as M&A work. Asset managers have produced dips in assets under management. Large black private equity firms are declining in number with the notable exception of list leader Vista Equity, which continues to reign supreme. That’s why Vista Equity’s chief executive was able to retire $40 million in college debt of Morehouse graduates.