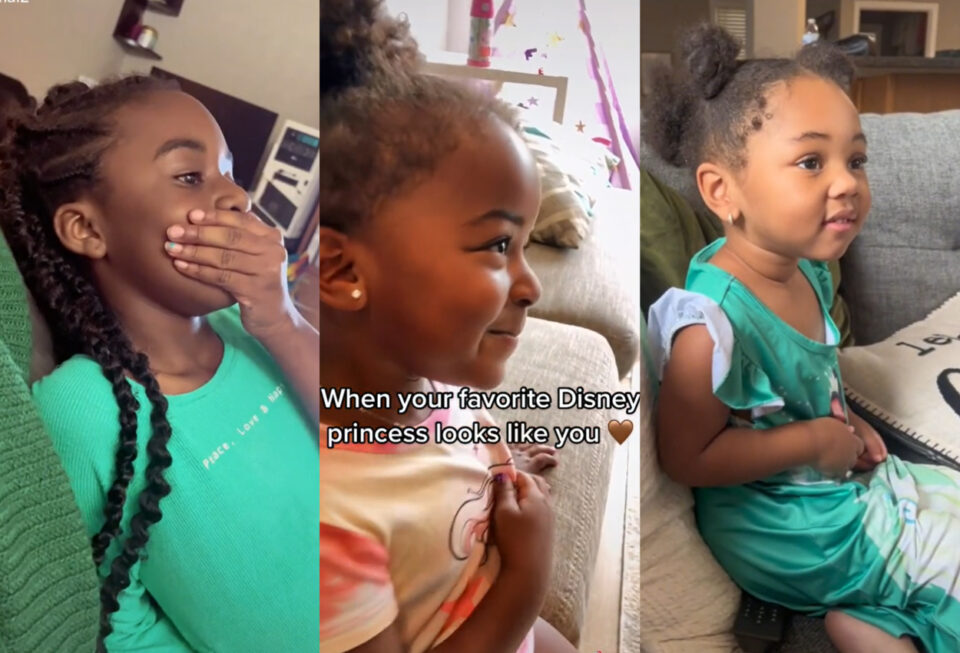 Halle Bailey represents little Black and brown girls everywhere as she debuts her take on the title character in the recent trailer drop for Disney’s upcoming live-action remake of The Little Mermaid.

Her melanin and red ginger locks sparked collective joy in the Black community, especially for the young girls who saw themselves in her.

The teaser’s release on Sept. 9 sent shockwaves through the internet, garnering over 11 million views on Walt Disney Studios’ YouTube. Just before the trailer closes, Bailey is seen singing “Part of Your World,” a moment that has prompted parents to record their little girls’ reactions to the clip.

According to Today Parents, William Fleming said he and his wife were emotional watching their two-year-old, Rylie, and four-year-old, McKenzie, meet the new Ariel. The sister duo was awe-struck in a video posted to TikTok. To date, the adorable clip has 1.9 million views.

“My wife and I both had tears in our eyes,” Fleming told the outlet.

“There’s no question our kids were looking at the TV and thinking, ‘She looks like me.'”

He added, “Seeing diversity in Disney movies is so important. Representation matters—just look at my daughters’ faces.”

For Adelia Chaiyakul, witnessing her nine-year-old daughter’s reaction to the trailer channeled her own inner child. She, too, was able to see her younger self in the Disney princess. She posted a video on TikTok, which has amassed 1.3 million views.

♬ The Little Mermaid: Part of Your World – Geek Music

“I was looking through her eyes as a younger me,” Chaiyakul told Today.

“To see Ava seeing herself in Ariel, that was emotional.”

As BLACK ENTERPRISE previously reported, the 22-year-old singer-songwriter not only received an outpouring of support, but she has also faced bitter demands that the role be recast. She refused to allow the negativity to topple her crown as the first Black woman to be center stage in a Disney remake. Instead, she said she channels the positive words of her grandparents and strives to be an inspiration.

While audiences far and wide highly anticipate The Little Mermaid’s debut in May 2023, Bailey has a message:

“I want the little girl in me and the little girls just like me who are watching to know that they’re special, and that they should be a princess in every single way,” Bailey said, per Variety.

“There’s no reason that they shouldn’t be. That reassurance was something that I needed.”