Memorable Day of Champions at #GTYear20 Topped By Charlie Wilson 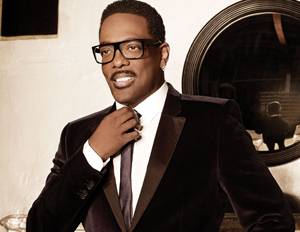 Charlie Wilson delivered an unforgettable show, taking the high bar already set with fantastic performances by Melanie Fiona and super-percussionist Sheila E. on the same stage the previous evening and blowing it into the stratosphere. Singing classic hits from his time as lead singer of the Gap Band, as well as the favorites that have made him one of the hottest R&B acts on the planet as a solo artist, “Uncle Charlie” and his high-energy band and gifted background dancers had the house rocking from the moment he stepped onto the stage and still shaking when he finally left it, with his audience screaming for more.

Wilson’s performance capped an inspiring evening of awards, full of laughter and celebration thanks to emcee Anthony Anderson. After an invocation by Black Enterprise Sr. Vice President/Multimedia Editor-at-Large Alfred Edmond Jr., and remarks from Black Enterprise CEO Earl “Butch” Graves Jr., Pepsico Walmart Inc. Team Sr. Vice President/GM Steven Williams and Federal Express Executive Vice President and CFO Cathy Ross, Anderson took the stage to announce the winners of the Challenge golf and tennis competitions, each of whom earned awards from Tiffany’s. Also presented were the coveted Purple Jackets, awarded to the the top male and female competitors in golf and tennis over three days of tournament competitions.

The Purple Jackets for golf were presented to Deborah Jackson and Rick Foster for the lowest gross scores in women’s and men’s competition. Jackson, who has been playing golf for more than 30 years, was also the 2012 Women’s Golf Challenge Champion. Foster is also a multiple Men’s Golf Challenge winner. Also presented with golf awards:

Also honored at the awards dinner were Susan Burroughs, recognized as Most Improved Golfer by PGA Golf Pro Rodney Green (lead instructor of the Challenge Golf Academy), and Debra Draper, who earned the annual Spa Award for most pampered spa client.

Earlier in the day, winners of other annual Challenge competitions were also determined. The women were victorious in the Mars Vs. Venus Trivia Competition, withstanding a furious comeback from the men in the final round. The 3-0n-3 Basketball Tournament, sponsored by Gatorade, was won by the team of Vincent Langston, Melvin Robinson, Wayne Buckner and Shekinah Green.

For more on the 2013 Black Enterprise/Pepsi Golf & Tennis Challenge, go to BlackEnterprise.com/gt and check the #GTYear20 hash tag on Twitter and Instagram.