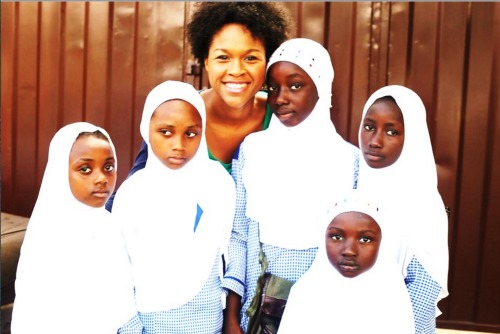 Headquartered in Washington, DC, WANDA: Women Advancing Nutrition, Dietetics, and Agriculture is a leading a pan-African women’s grassroots movement on a mission to develop the next generation of women and girls as leaders in agriculture, nutrition and dietetics through education, advocacy, and innovation. On the heels of the organization’s successful launch in D.C. and in preparation for the launch in Abuja, Nigeria, in May, BlackEnterprise.com caught up with the founder, Tambra Raye, to discuss how she engages locally in making a global impact.

Black Enterprise: What problem does your organization address?

Raye: Africa faces both a health and wealth gap, especially among women and girls. The Western diet with processed foods heavy in starches and sugar and little to no fresh produce contributes to the burden of obesity. No surprise that we have diabetes and heart disease as the leading killers over AIDS and homicides. The organization, driven by a “farm to forkâ€ approach, hopes to empower young women and girls in nutrition as a means to alleviate poverty, build healthy communities, and improve self-sufficiency.

What does the concept “think global, but act local” mean to you?

For me, the phrase “think globalâ€ recognizes the shared nutrition burden impacting our children with highly processed foods resulting in malnutrition in all its forms from Abuja, Nigeria, to Anacostia in Washington, DC. By 2030, there will be over 42 million in Africa with diabetes. The World Health Organization states that overweight and obesity increased by 20% between 2002 and 2010 in Nigeria alone.

“Act locallyâ€ ranges from hosting a panel to developing a social media campaign to bring awareness and action in advocacy for diabetes and childhood obesity. Furthermore, the phrase evokes the need to have an informed head and a compassionate heart for people locally and globally.

What’s your response to the person, who says, ‘If you live in the U.S.,
you should only be worried about what goes on in the United States’?

Traveling abroad is key to being competitive in this global marketplace as an entrepreneur, employee, or leader. Recognizing the shared commonalities creates allies and understanding. After attending the White House Travel Bloggers Summit in November 2014, that point became paramount as key officials shared facts that less than 10% of students study abroad. The result is currently playing out in an uninformed voter block especially on the issue of foreign policy as we head to the polls to elect to the next U.S. president in November.

Read more about how businesses and individuals can make global impact in Part 2. Stay tuned.