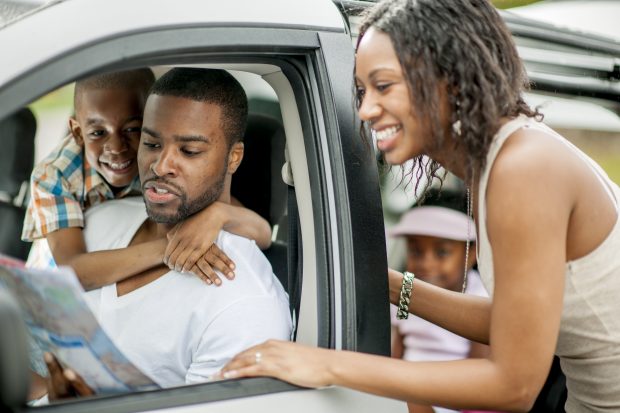 Holiday time means time to hit the road, something that isn’t a necessarily stressful thing for African Americans according to a new report.

For black America, the perfect road trip lasts for six hours, was one of the findings from research conducted by Chevrolet and Harris Poll. Many African Americans also said that they had fond memories of road trips taken with their families as children. In fact, 99% of African American parents said they enjoyed road trips.

Some other interesting tidbits about African American road trip preferences:

Almost all of the survey respondents said that spending time with family was their favorite part of a road trip. Next was exploring and stopping at attractions along the way, and many stated that just “unplugging from daily life” is what made road trips so fun.

African Americans also like to travel in style—those surveyed preferred conducting their road trips in an SUV—with many preferring a large SUV with three rows. Parents also emphasized the importance of in-vehicle technology such as infotainment systems and in-vehicle Wi-Fi—features becoming more commonplace in automobiles.

By the way, the survey also revealed that Moms are more stressed about keeping kids busy and entertained during a road trip than Dads. Maybe that’s because 75% of those surveyed said Dads did the driving; only 31% of Moms drive.

Parents also bring plenty of electronic toys. Families bring along an average of 6.6 devices on family road trips, (yes, we don’t know what .6 of a device is, either).