The Best Countries For Women 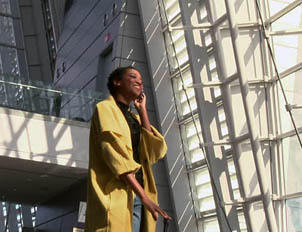 Recently, U.S. News & World Report released its “Best Countries for Women to Live Inâ€ report. Sadly, the United States has some work to do. While the U.S. came in at #13, Denmark, Sweden, Canada, Netherlands, Australia, and New Zealand snagged the top spots.

According to U.S. News, the scores are based on a compilation of five country attributes: cares about human rights, gender equality, income equality, safe, and progressive. Algeria and Pakistan–two countries criticized by human rights groups for their treatment of women–are perceived to be the worst countries for females.

Denmark, named the #1 country for women, was recognized for promoting gender equality by offering an earning-related daycare system and a parental leave policy. Next up is Sweden ranking at #2 and recognized for the progressive attitudes towards gender equality, according to a report released by YouGov.com. Canada came in at #3 and was recognized for the government taking a stand to protect women’s rights as part of both its domestic and foreign policy. The Netherlands earned the #4 spot for narrowing the gender gap between men and women across health, education, economy, and politics. And when it comes to women in leadership positions, Australia nailed it. According to the Australian Human Rights Commission, women have landed leadership roles in Australian universities, workplaces, boardrooms, and in governments.