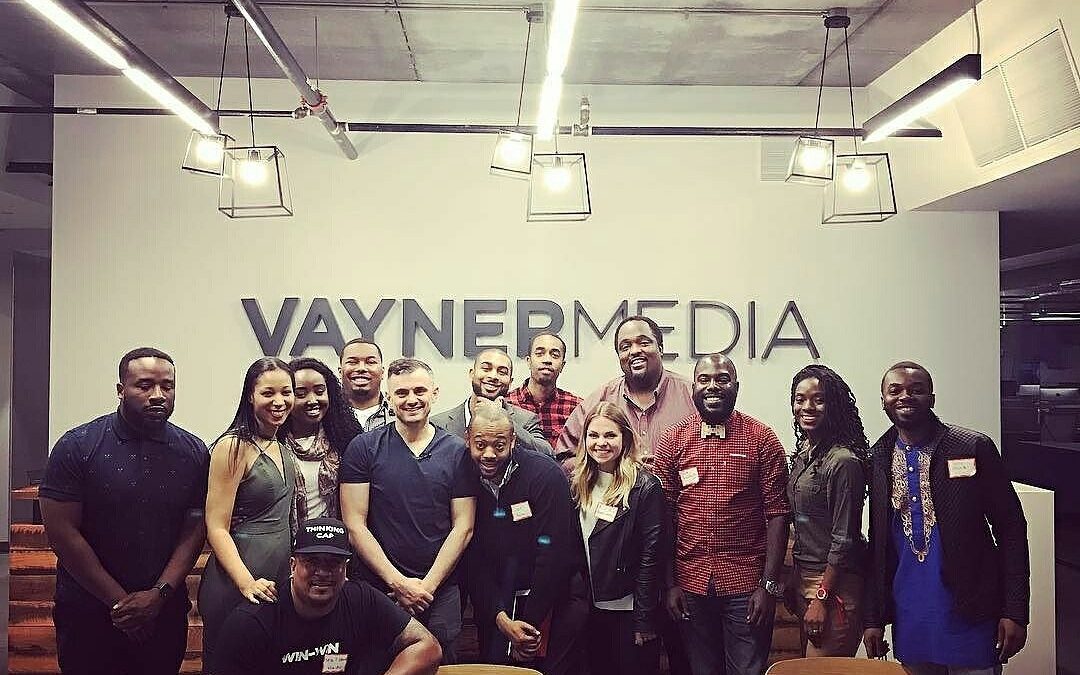 Recently Gary Vaynerchuk, aka Gary Vee, an American serial entrepreneur, four-time New York Times bestselling author, speaker, and internationally recognized internet personality, sat down with a room full of minority entrepreneurs to drop some gems and figure out where he could help.

Before we jump into the round table discussion that this meeting sparked, below is the list of the extremely diverse group of participants:

Mike Brown A former Indianapolis Colts player, Brown is the founder and CEO of Win-Win, an online platform where sports fans can compete in games to win epic experiences and amazing prizes from their favorite pro athletes, all while supporting charitable causes.

Ruben Harris Co-Founder of Breaking into Startups, a platform that features inspiring stories of people who broke into tech from non-traditional backgrounds.

Dave Salvant Y Combinator graduate and founder of Squire, a mobile app that allows you to book and pay for a haircut in just three taps. IG: getsquire

Muhga Eltigani – Founder of NaturAll Club, the first fresh fruit hair product line. Named one of this year’s Forbes “30 Under 30 in Retail and E-commerce.”

Lamar Wilson and Lafe Taylor – Co-founders of Hijro a distributed ledger platform that enables the transfer of trade assets to provide working capital solutions for organizations by connecting to financial institutions.

Everything was discussed from the hip-hop culture’s influence on entrepreneurship to how Vaynerchuk could assist in the growth process of a lot of the endeavors presented. The chat was actionable indeed. Peep the entire session below. Special thanks to Maribel Lara, Gary Vee and VaynerMedia for hosting the Black Enterprise community. We’ll have to do it again sometime soon.