Recap: The Top 10 BE Stories of the Year That You May Have Missed 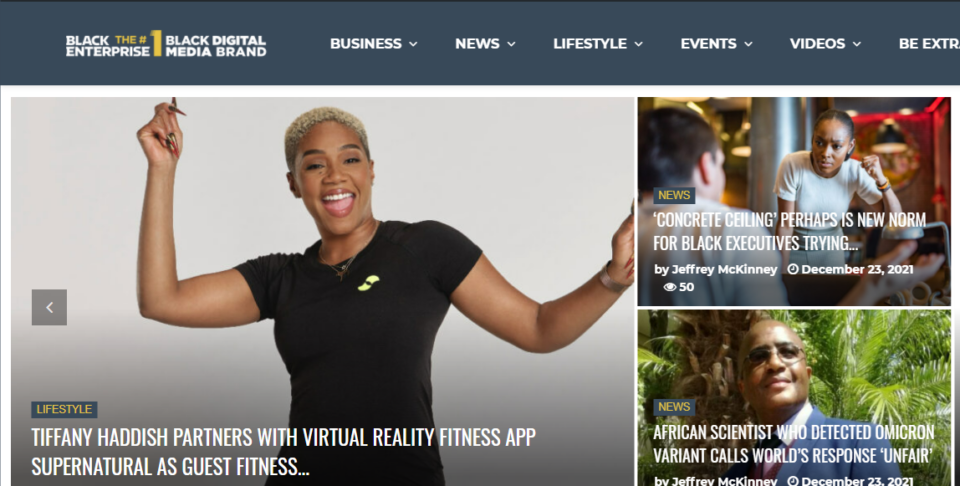 BLACK ENTERPRISE has seen a steady rise in site traffic over the last two years, growing by over 1,300% since April 2019. With more than 8.6 million unique visitors, according to Comscore Media Metrix. BLACK ENTERPRISE remains at No. 1 in its competitive space surpassing sites like BET.com, TheGrio.com, TheRoot.com, Revolt, Essence.com, and the iOne network.

A proprietary content creation system, strategic implementation of audience development techniques, and the enduring strength of the BLACK ENTERPRISE brand led to this significant increase in traffic. Through consistent innovation, BE pivoted away from traditional media and in-person events and moved toward digital content, web shows, and virtual conferences.

We take great pride in that because it is quite a feat to beat the competition consistently. But it could not be accomplished without a dedicated team of writers committed to writing quality stories about business, breaking entertainment news, and making waves across the internet that has continued to place all eyes on the brand and helped us widen our base.

With that said, it’s all about the content, so here are the top 10 viral stories of the year. Take a look, click and catch up if you missed these big stories.

The Family of a Black Restaurant Owner, John Young, Says He Was Never Credited As The Originator Of World-Famous ‘Buffalo’ Wings

Frustrated Job Seeker Vents On LinkedIn, Goes Viral With Companies Lining Up In Her Inbox

While this particular story didn’t rank as a “top story,” I’m placing it here as an honorable mention because of all the chatter it caused across the internet. Sit back, grab a drink, and dig in if you missed reading this one.

Exclusive: From Recipes to Receipts, Darius “Cooks” Williams Denies Claims That He Is a “Crook”